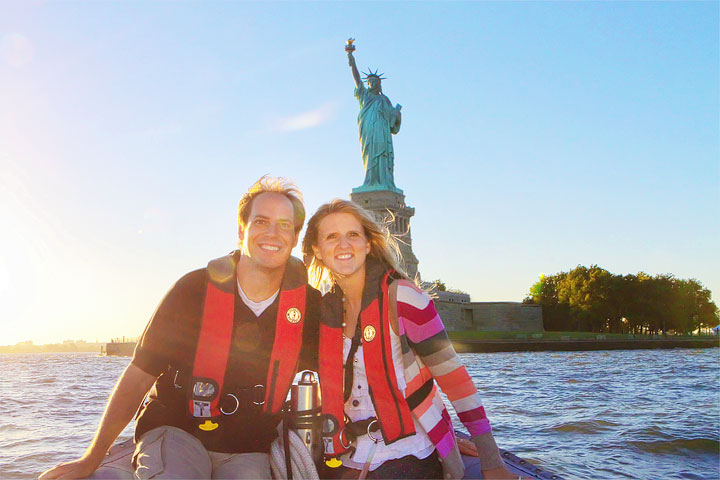 This week I was in New York for an unforgettable event with Hellmann’s. The event was super quick — just lunch on Tuesday — and since I’d be in the city anyway, Kevin and I decided to go up a few days early and make a weekend out of it, just the two of us.

Kevin and I have only been to NYC once together, so I let him pick whatever he wanted to do. He always finds the best stuff. I love it when he plans trips! :) Remember the Savannah trip he planned??! :) 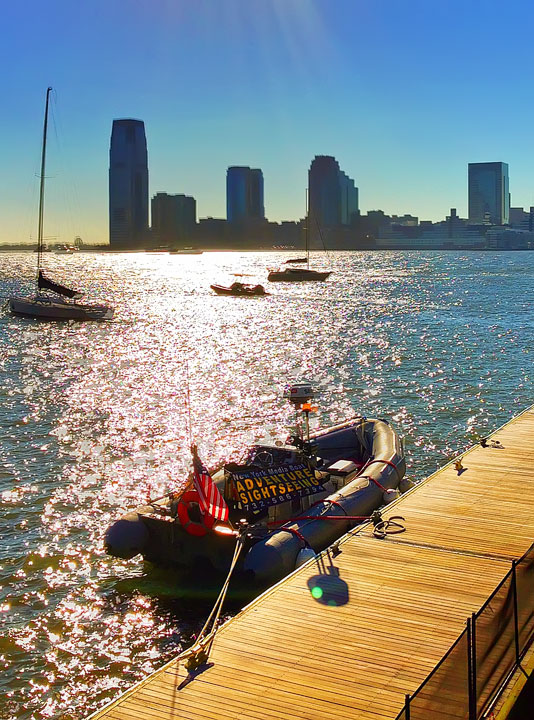 He found New York Media Boat and booked their “Adventure Sightseeing Tour” on a speedboat like Navy Seals extraction teams use. It was so fun speeding all over NYC!! Loved sightseeing without the crowds and traffic. Plus it was a gorgeous day to be out on the water! We could not have asked for more perfect weather. 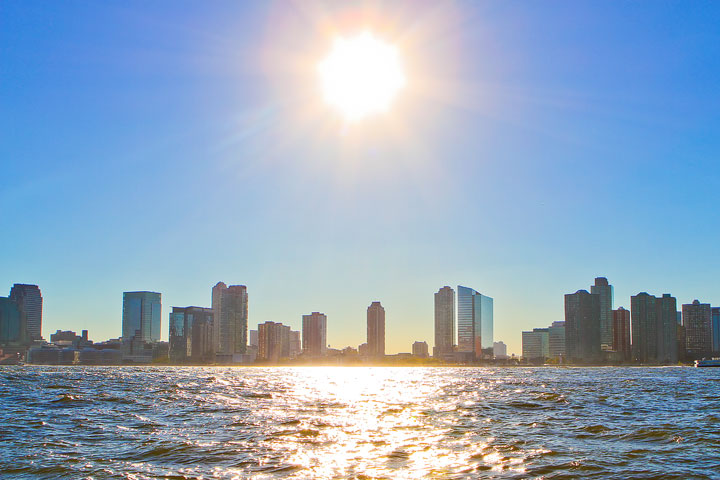 Kevin signed us up for the Harbor Sightseeing Adventure Boat Tour for an 1.5 hour guided tour from 5:00pm âˆ’ 6:30pm on Thursday, September 19th. Sunset was at 7pm that night, so for the second half of our tour, we were right in the golden hour. 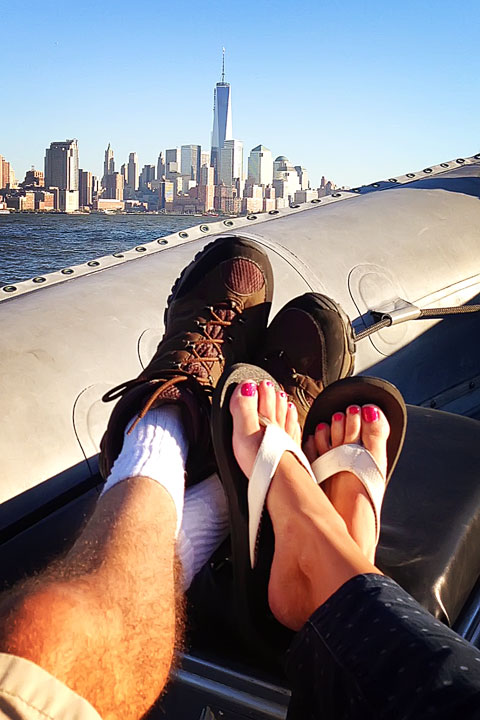 There are normally 6 spots available for these tours. Prices (when we went) were $65 per person. You can also see how many other people have already signed up before you book your tour. As it turned out, we were the only ones who signed up for this particular tour, so we had the whole boat to ourselves. :) 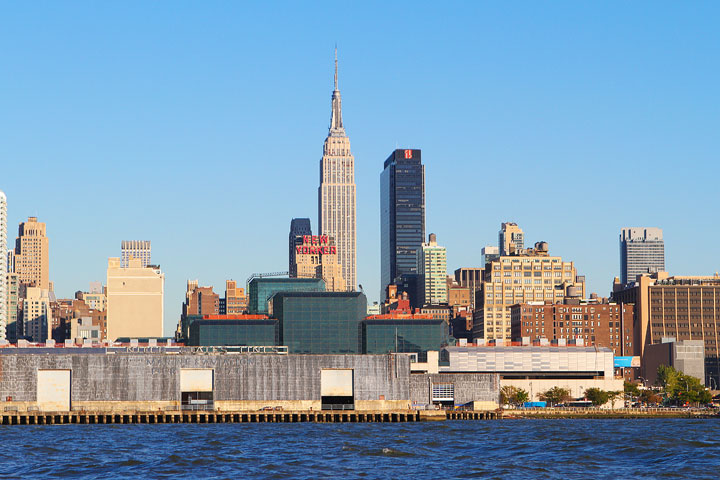 We started on the Manhattan side of the Hudson River, at the Holland Tunnel. It was crazy how much we could see of the city once we got out on the water! Here was a quick shot I snapped of the Empire State Building. 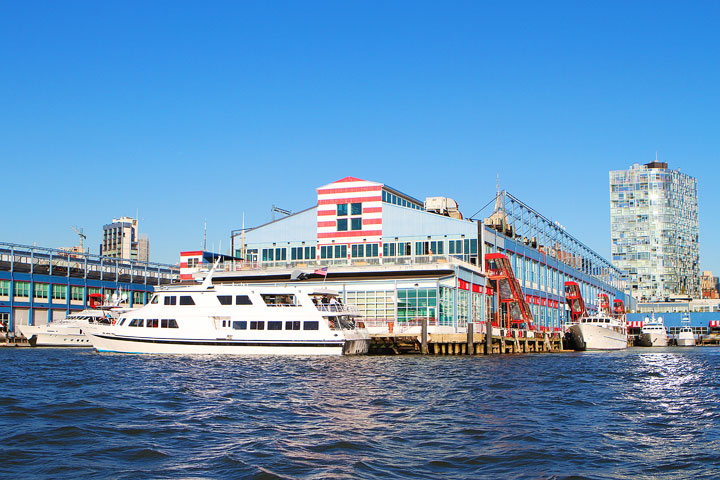 We passed the Chelsea Piers and saw the would-be final destination for the Titanic. The pier is now a massive entertainment complex with bowling lanes and even a driving range overlooking the river. 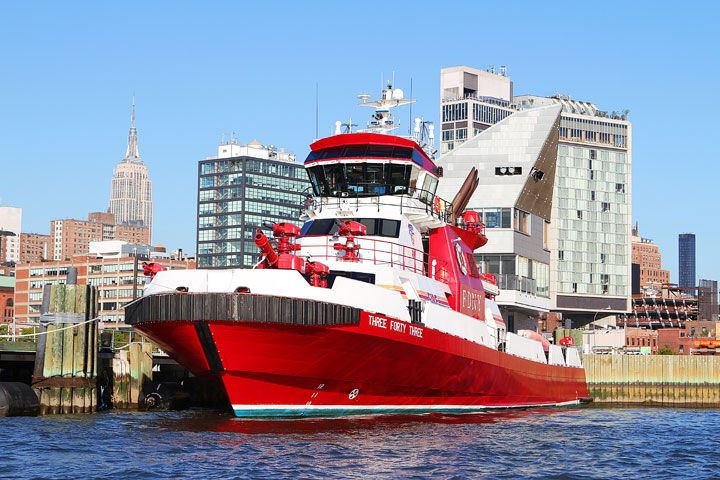 We also passed the FDNY’s new fireboat, Three Forty Three, named after the number of FDNY members killed in the line of duty on September 11th, 2001. 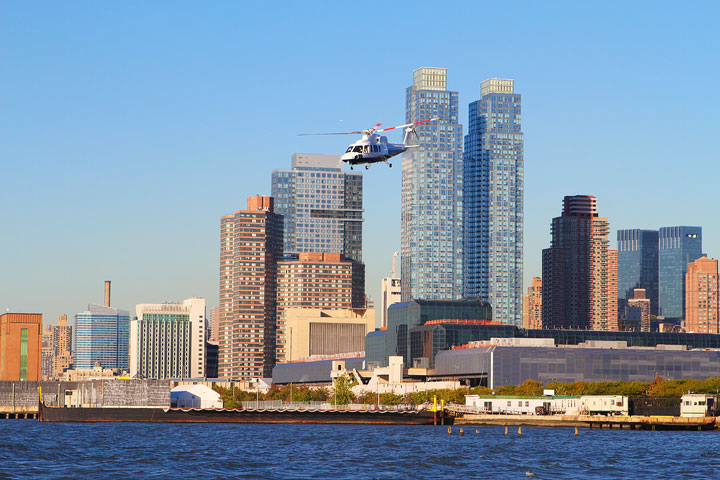 We saw helicopters taking off from the West 30th Street Heliport. 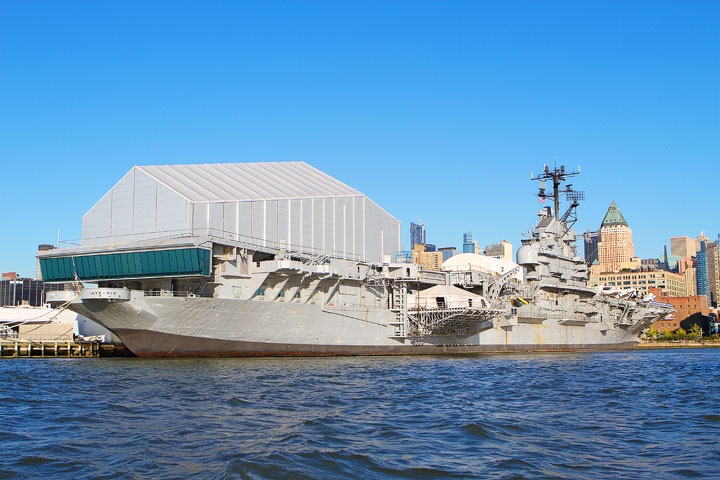 And we slowed down by the USS Intrepid, the colossal 873-foot aircraft carrier built and commissioned during World War II. It was also the recovery ship for the Mercury and Gemini space missions and is now a museum, which houses the Space Shuttle Enterprise under that big grey cover. 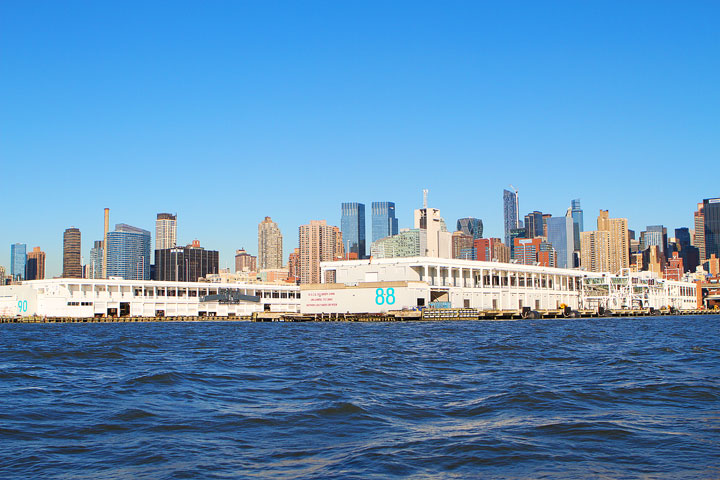 We saw the impressive Pier 88 and Pier 90, where all the cruise ships come into NYC. 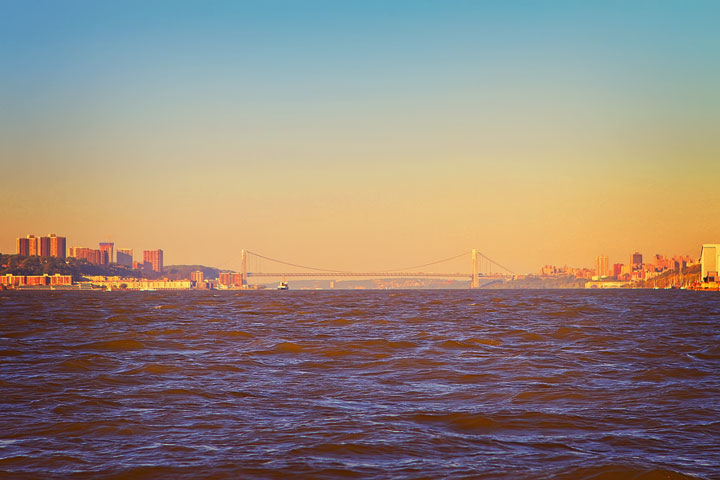 And got a view of the George Washington Bridge connecting Manhattan to New Jersey. 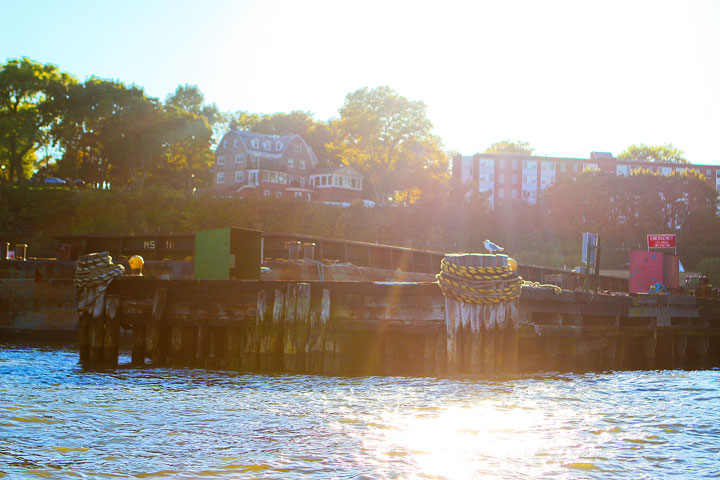 We then turned around to head down the New Jersey side of the river. 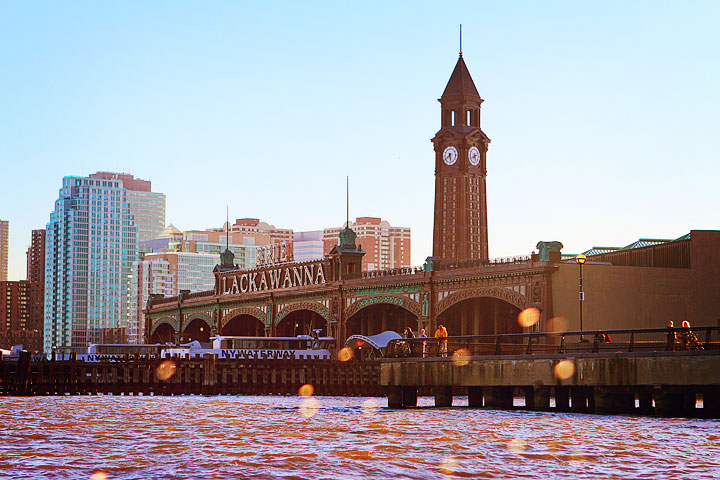 Our guide was very knowledgeable and informative, and pointed out and explained the history of all the landmarks, like the Erie Lackawanna Railway. 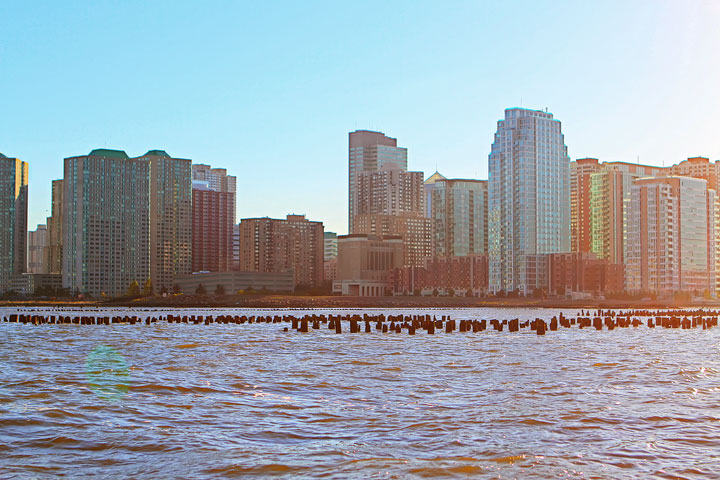 He pointed out Jersey City and Hoboken. 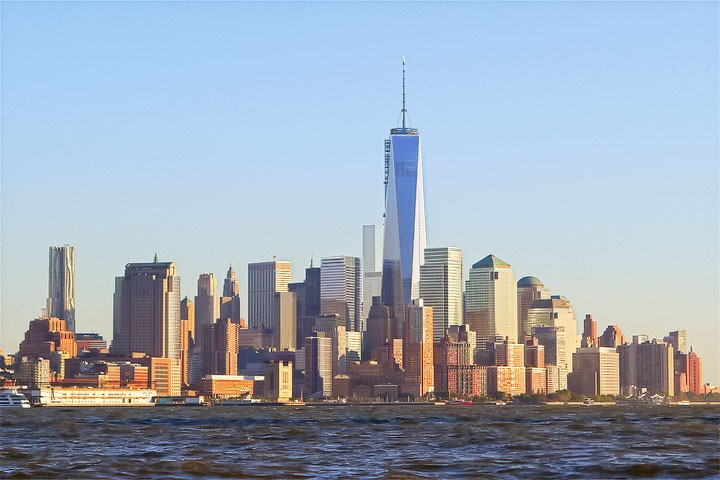 As we rounded the tip of southern Manhattan, we got a quick view of Battery Park, named for the artillery batteries positioned here in the city’s early years to protect the settlement. 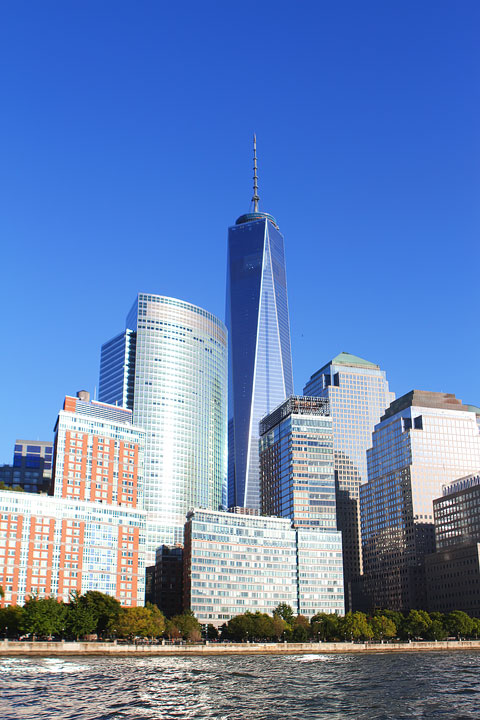 And an up close and personal view of One World Trade Center (formerly known as the Freedom Tower). 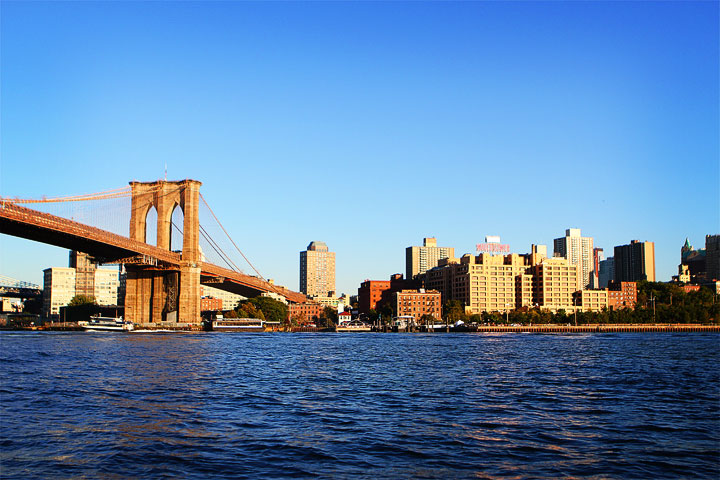 Next we headed for the Brooklyn Bridge. 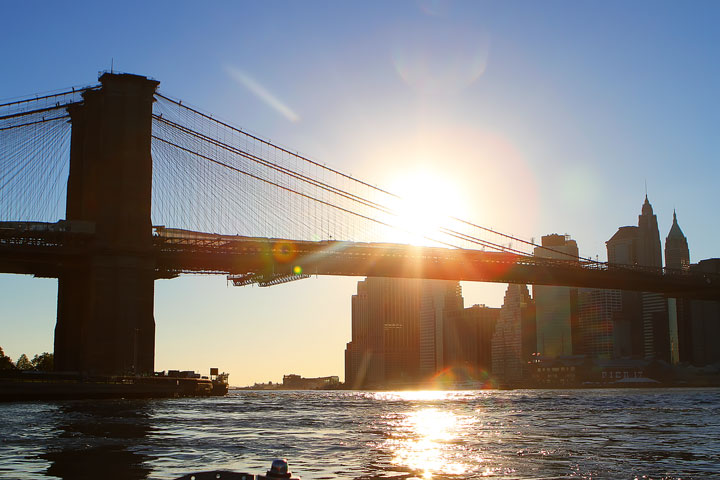 And up the East River. 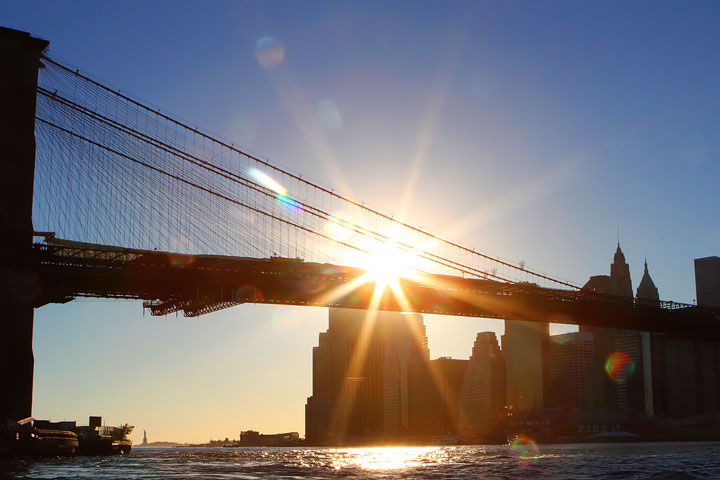 On the way back, the sun was beginning to set over the Brooklyn Bridge. 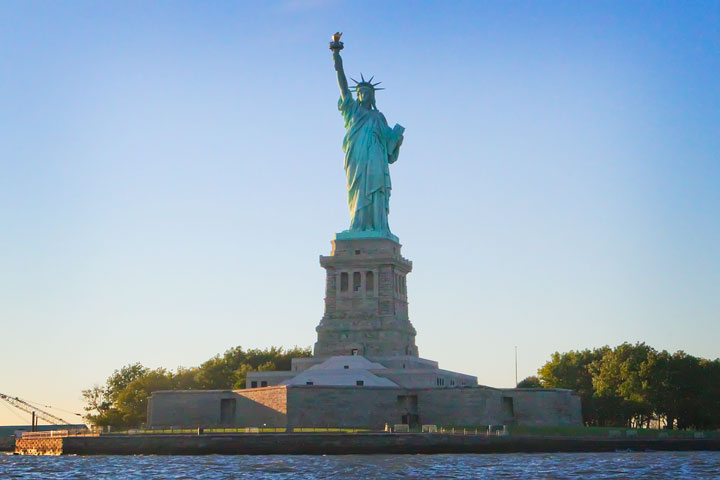 It was the perfect time to head to the Statue of Liberty. 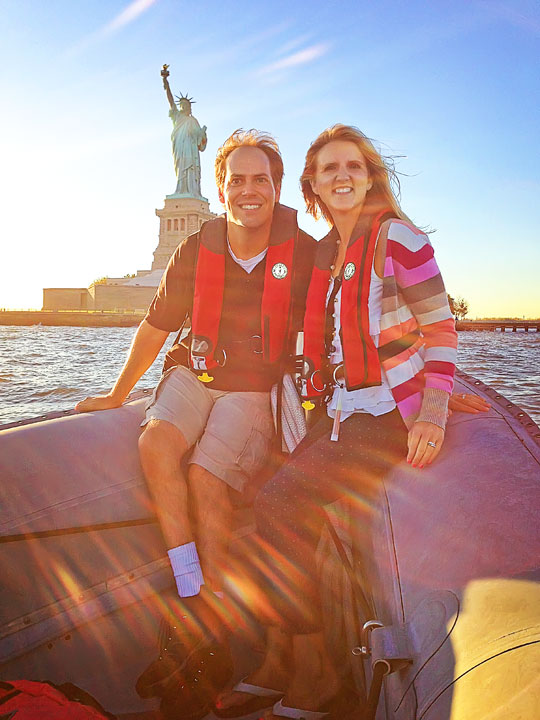 Ya’ll, this is how to see the Statue of Liberty. 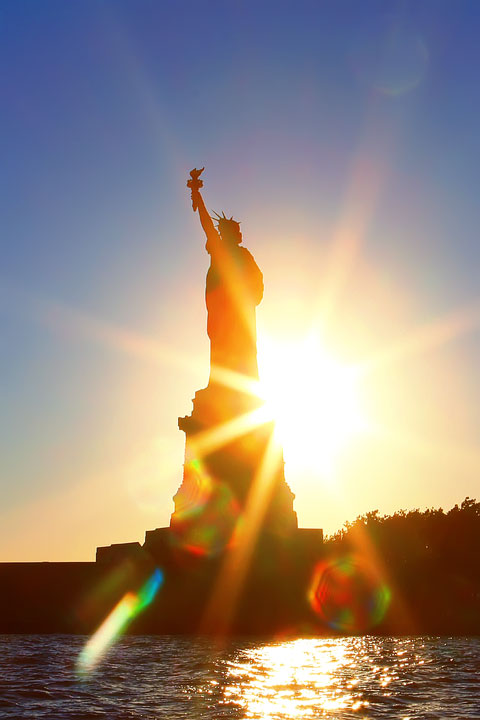 Avoid the lines, avoid the crowds, and get your own up close and personal view from any angle. 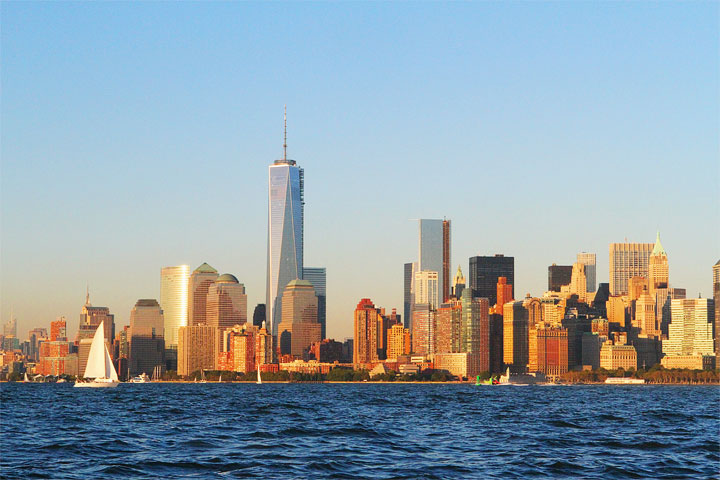 When we turned around to head home, we got a final view of One World Trade Center at the golden hour.

And a breathtaking view of the fiery skyline. 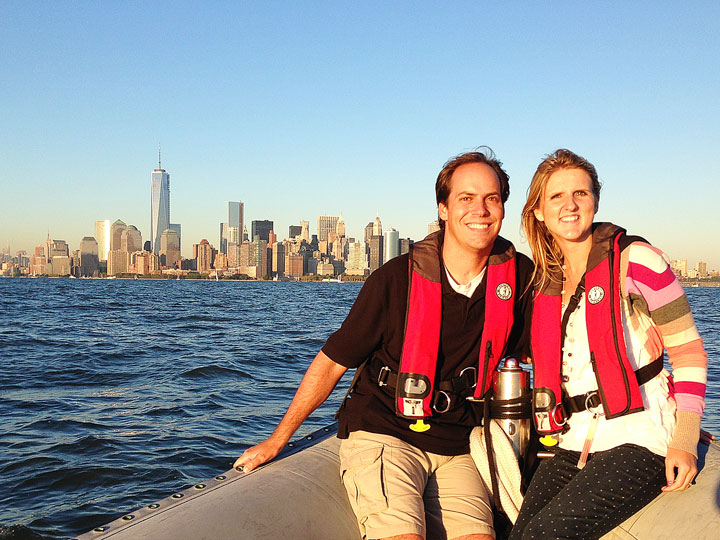 Our guide, Bjoern, is a professional photographer too, (he took a photo for an ad that appeared in Times Square) so he knew all the good spots to take us — and when. 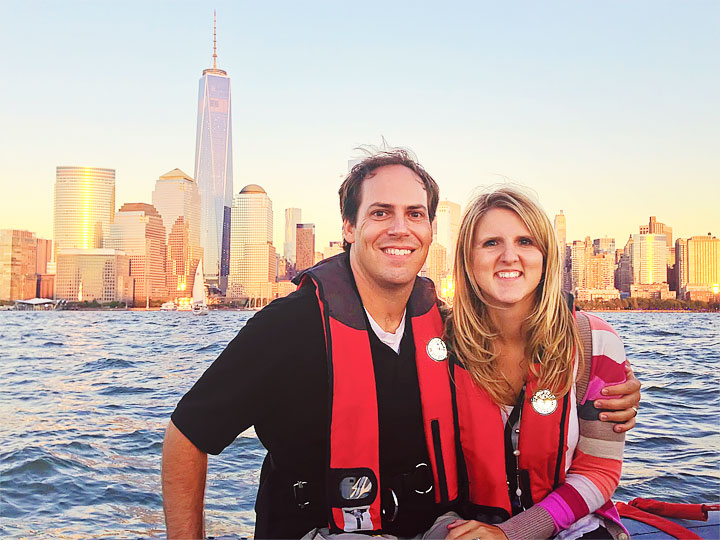 In the trailing moments of pre-sunset twilight, we idled the boat and sat with the view of the Statue of Liberty and Ellis Island looking one way, and Manhattan looking the other way. 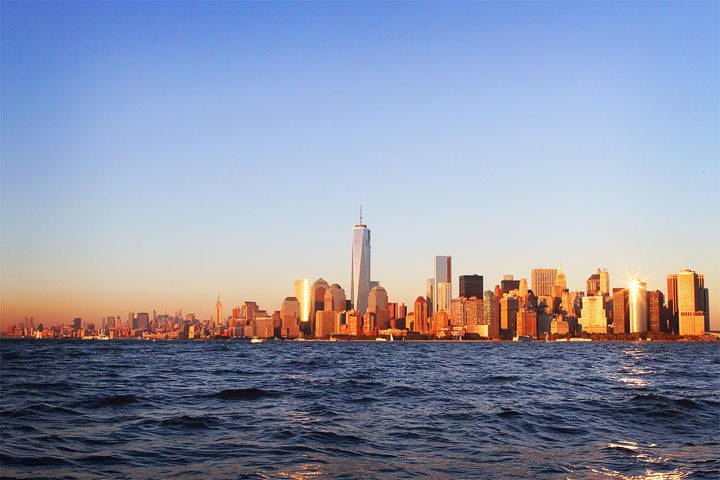 We watched the light glisten magically off the buildings of the New York City skyline. 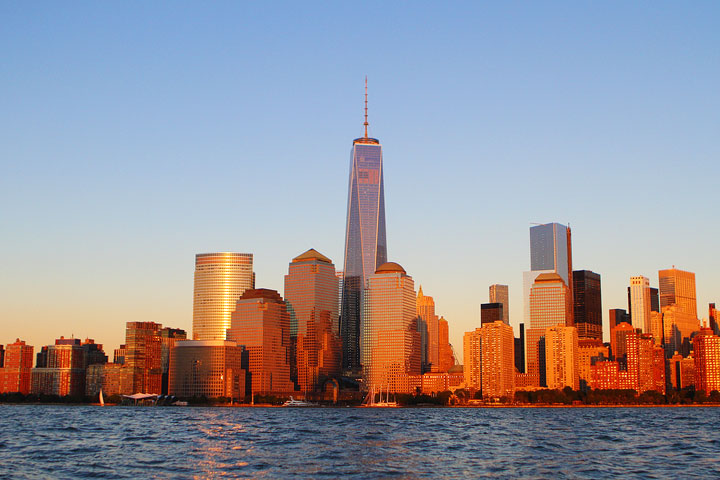 And burn with orange as the sun set. 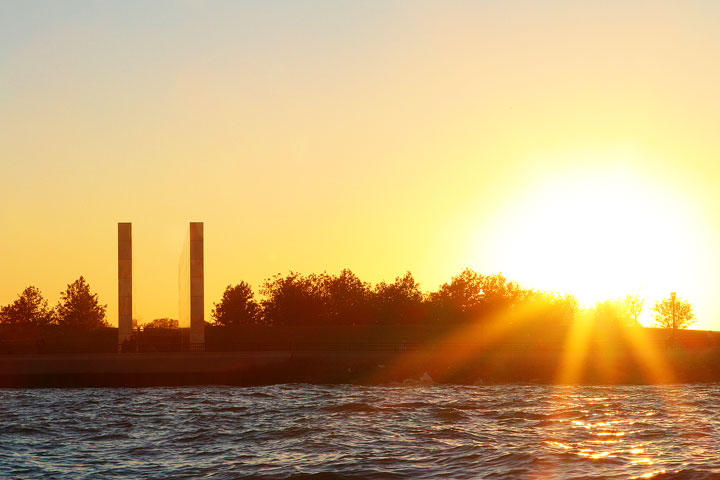 We caught a view of the Empty Sky memorial in New Jersey right at sunset. The view between the two monuments faces exactly towards the location of the original World Trade Center Twin Towers. 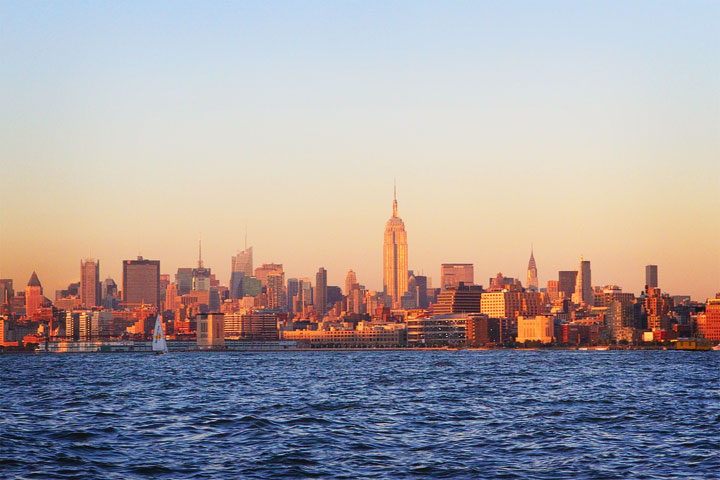 If you’ve got a trip to NYC coming up, I would highly, highly recommend this tour! :) I probably wouldn’t go in the winter, but they do provide heavy, waterproof coats for when the weather is a little cooler. The temperature was in the 70s-80s when we went, and it was absolutely perfect.

You have to watch our video from the tour!!! It’s only 15 seconds. :) It is one of my favorite videos ever. I think it should win awards!! ;)

Have a great weekend!! :) xoxo