Of all the concentration camps in history, Auschwitz was the deadliest. Here are 29 photos that show what it’s really like to visit the Auschwitz memorial. 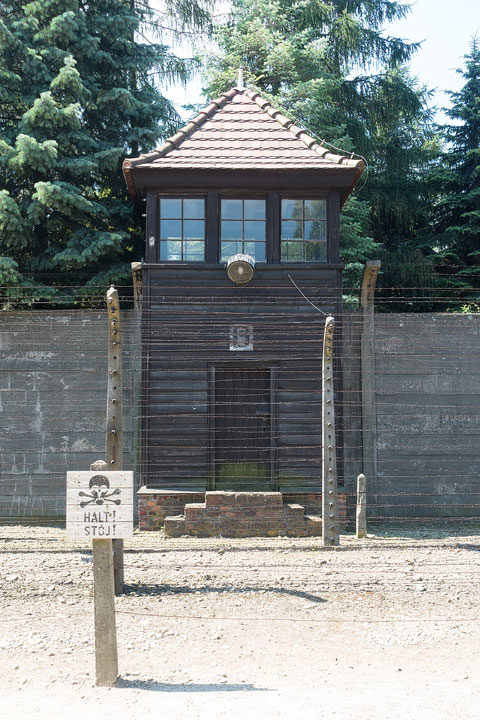 One of the main reasons I decided to go Krakow, Poland this summer is because of Auschwitz. I know that may seem like a bizarre choice for a summer vacation. I knew it would be hard, but it was also important to me to visit a place that had such a significant impact on our history. What astounds me is that the unspeakable crimes that happened here were really not that long ago. It’s important for us to remember that, or they could easily happen again today. 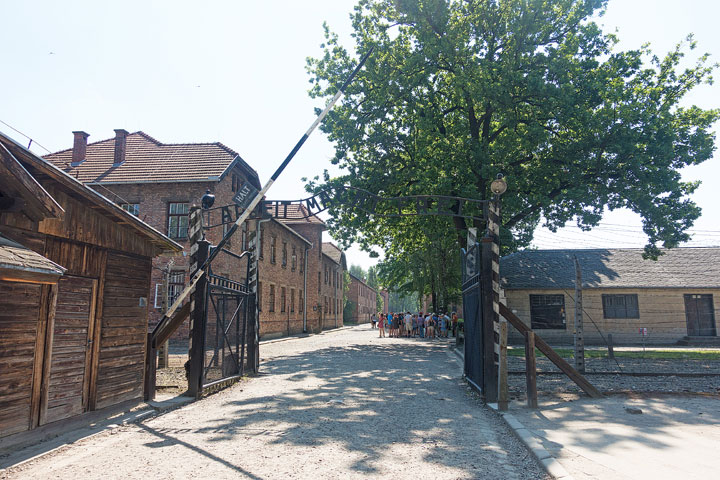 This is the main gate to the Auschwitz concentration camp, where every victim entered. The gate reads “Arbeit Macht Frei” which means “Work will make you free.” The prisoners thought they were going to labor camps, but in reality this was camp designed for mass extermination. Less than 10% who walked through these gates survived. 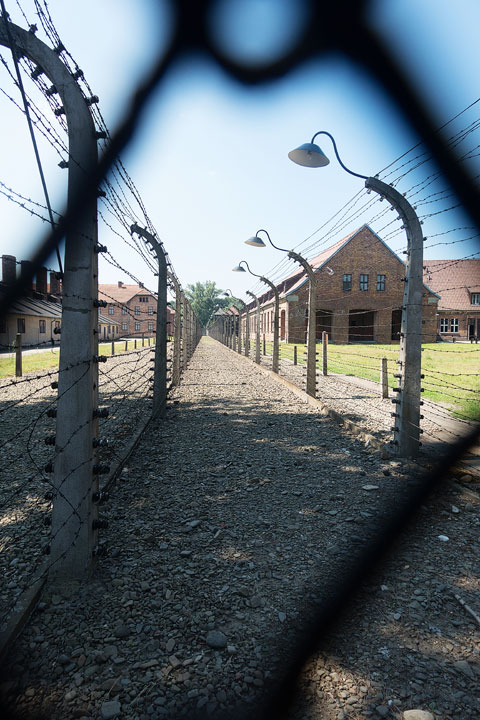 All around the camp were gates and barbed wire fences. 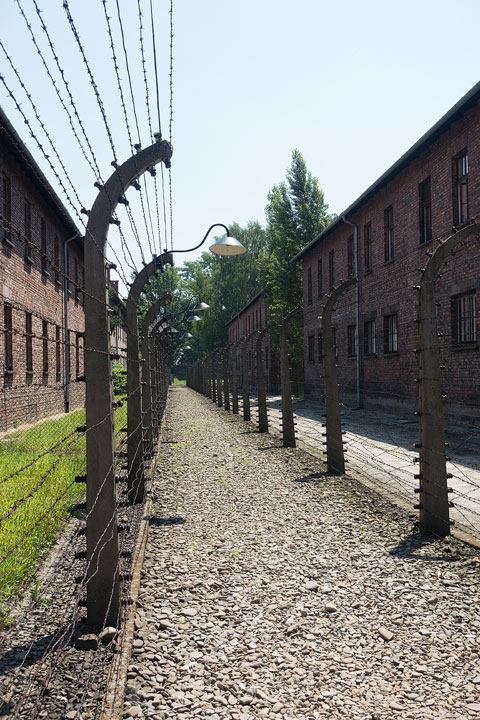 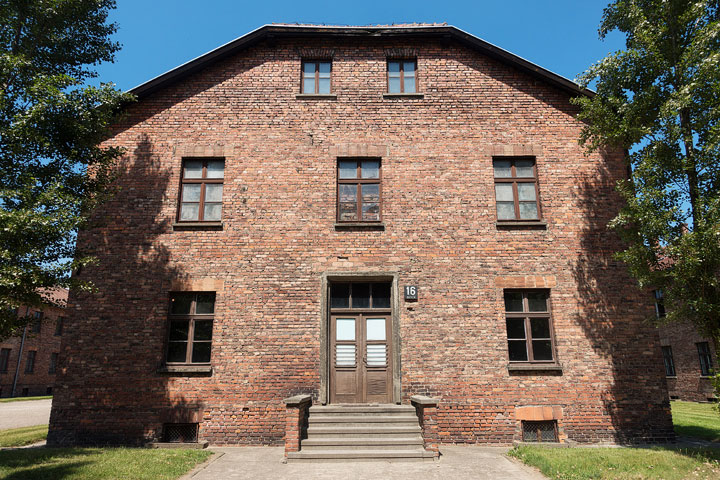 This is one of the barracks, still standing. Over 1,000 prisoners were held in one single barrack. 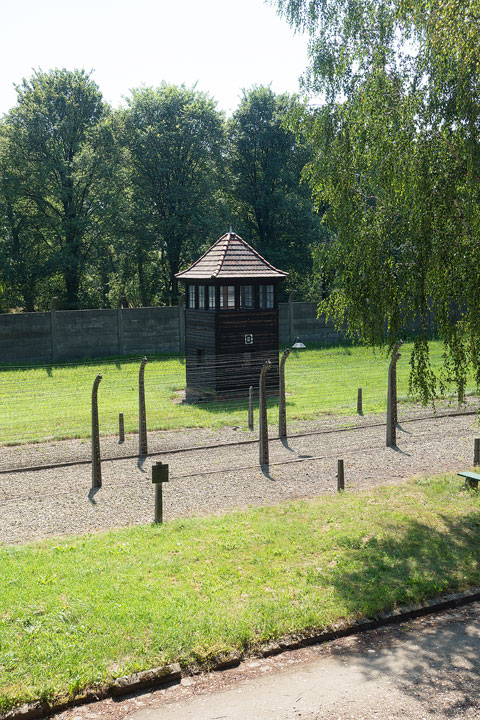 From the barrack windows, all you could see were gates, fences, and the watch towers where the soldiers would sit with machine guns waiting to shoot anyone who stepped out of line. 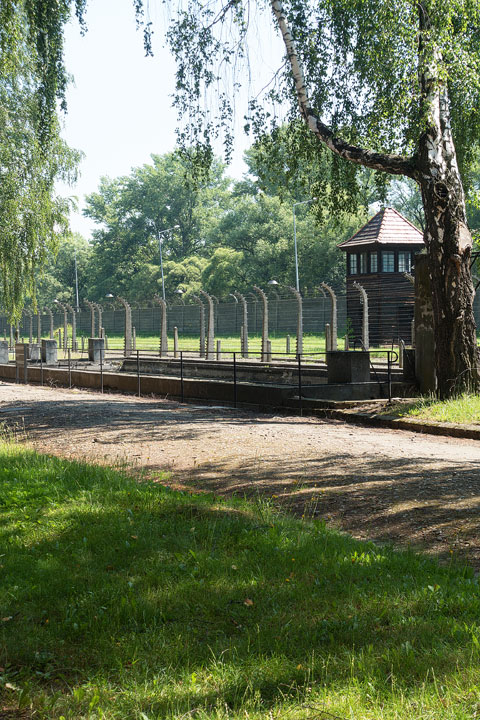 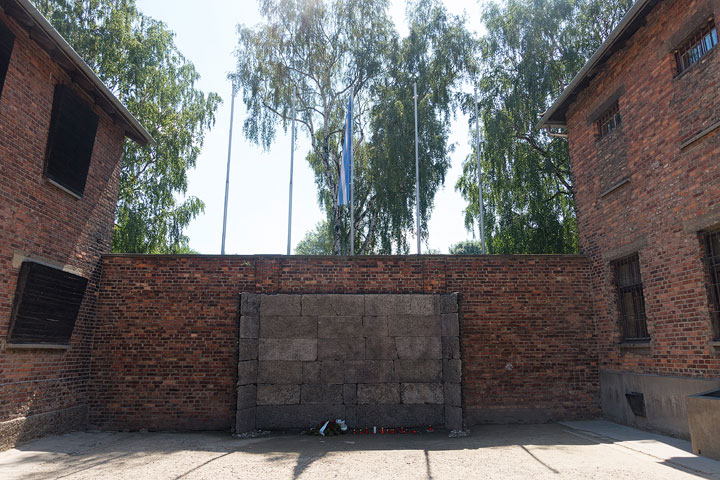 Life in the Concentration Camps

This is a courtyard between two barracks. If you look closely you can see the windows of these barracks are boarded and bricked up. The soldiers did not want the prisoners to see what was going on in this courtyard.

This wall is where mass shooting executions took place. 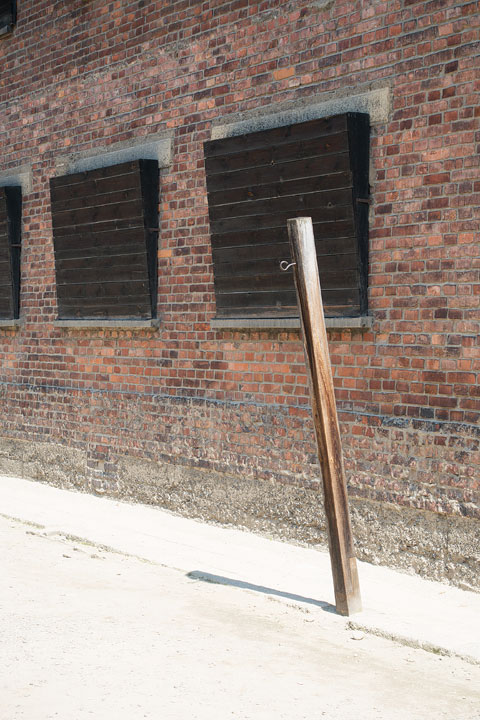 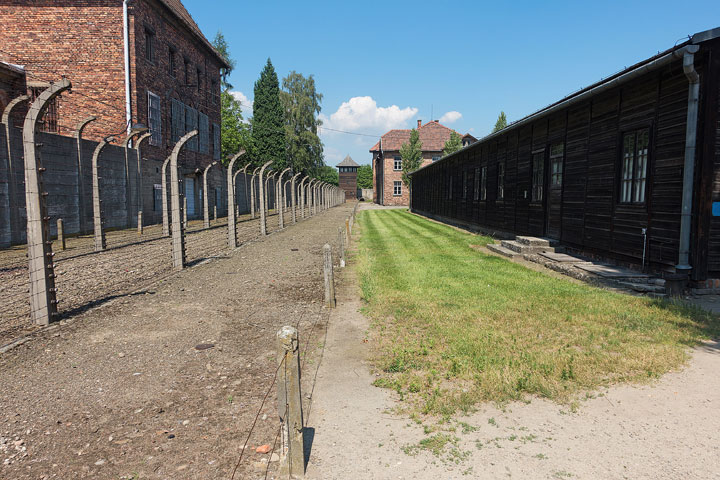 You would be shot for even stepping on the dirt near the fence here. 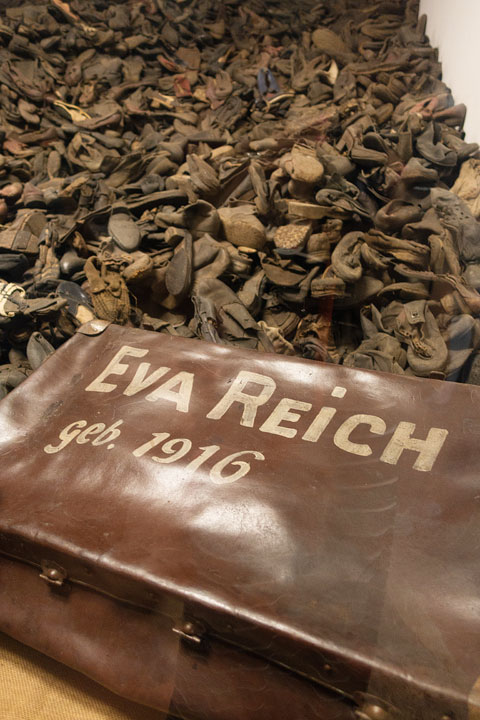 Inside the barracks is a memorial to all the personal items stolen and collected from the victims. There were walls and walls of shoes, suitcases, eyeglasses, hairbrushes, home goods, toys, even human hair that had been shaved and collected. It was disturbing. 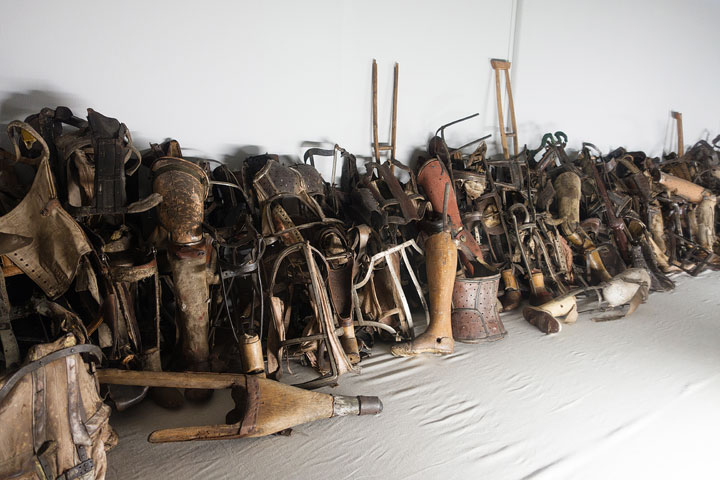 Medical equipment like crutches and braces were confiscated from the victims. 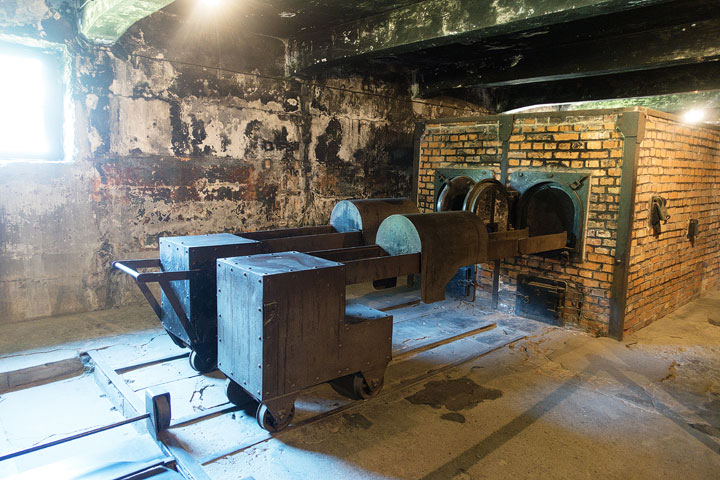 Next were the gas chambers. 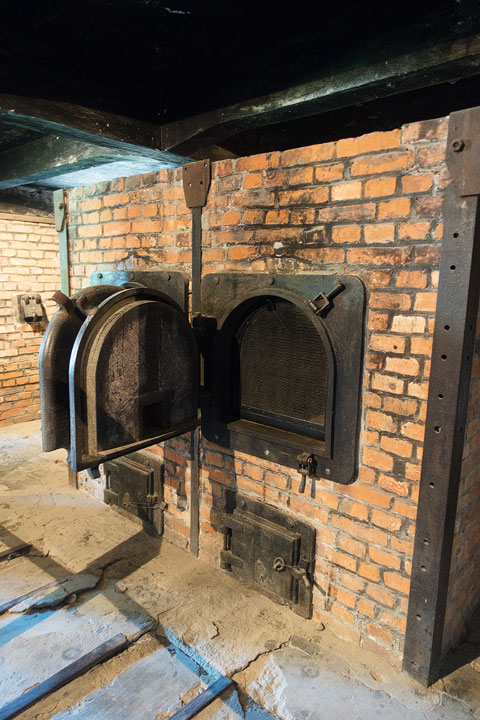 The ovens are still there. 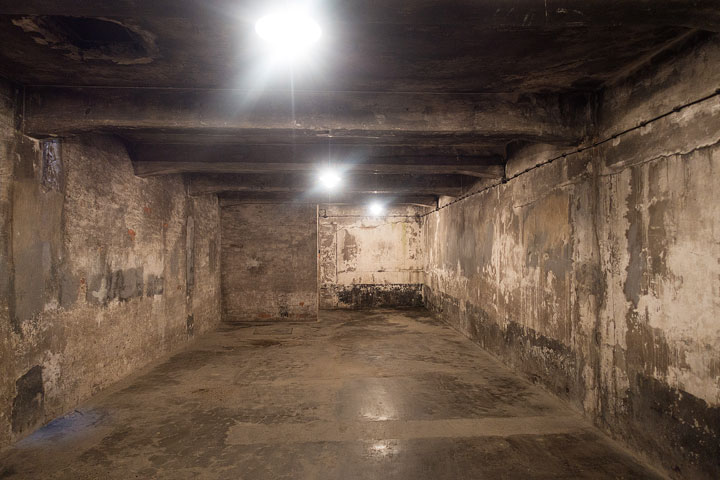 This was the actual room. Prisoners were handed a bar of soap and a towel, and told they were taking a shower. 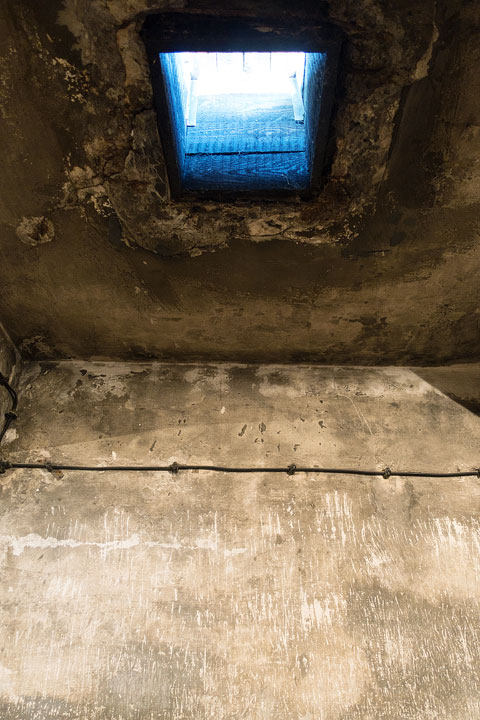 But in reality, cyanide was dropped through these windows in the ceiling. 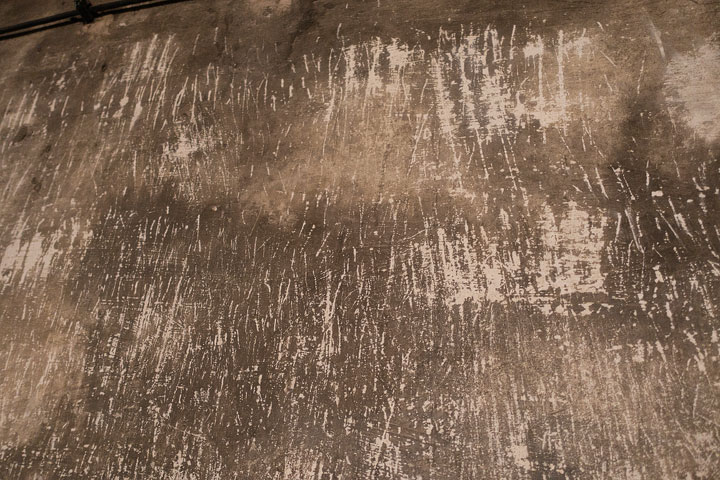 You can still see the scratches on the walls from those trying to escape. 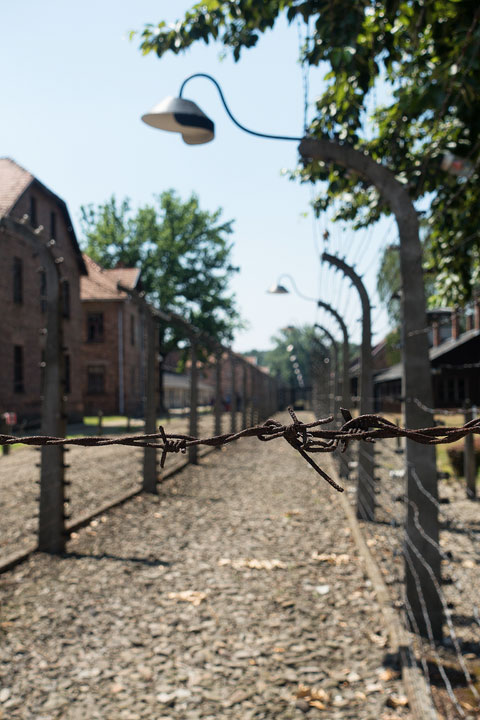 Over 1.1 million people died at Auschwitz. 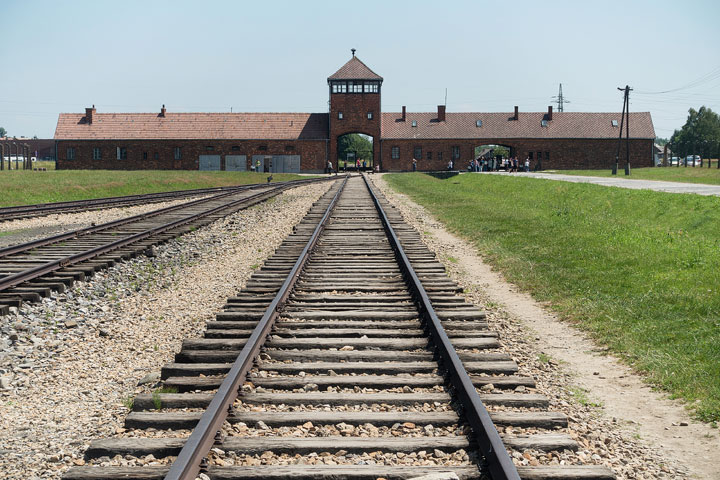 Auschwitz wasn’t big enough to hold all the prisoners, so they built a second camp, Birkenau. 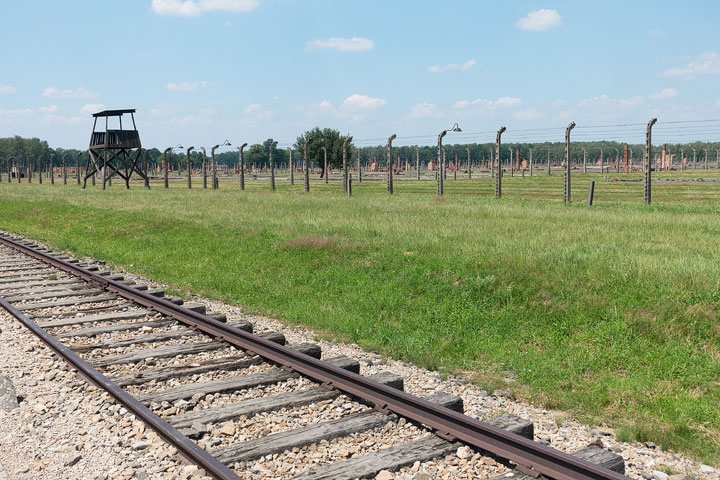 They built a train track that ran directly into the middle of camp for faster deportation of the Jews. 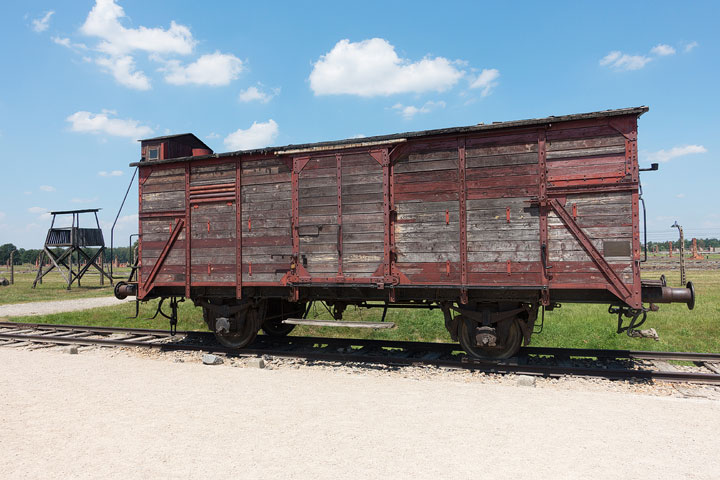 Train To The Death Camps

These are the cars that transported the Jews. They were originally meant for cattle. If you were standing shoulder to shoulder in a cattle car of this size, maybe 20 people could squeeze in. The Nazis packed in a minimum of 80 people in these cars. They were held captive in these cars for sometimes an entire week while they were being transported. They had no access to food, water, or toilets during the trip. Most did not even survive the trip to the camp. 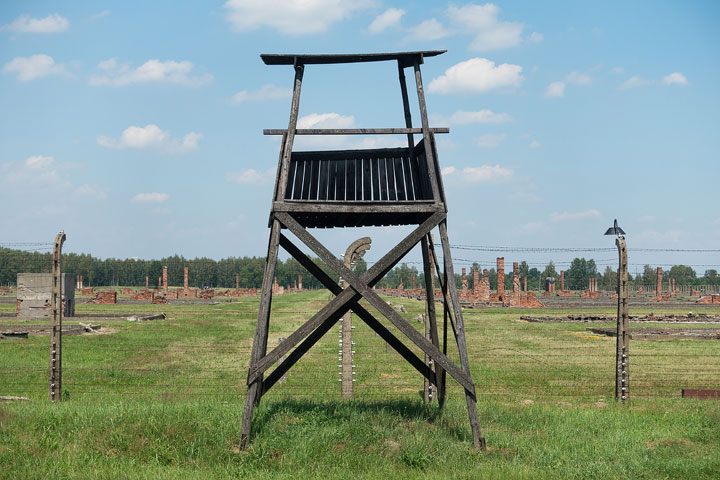 Birkenau was much, much bigger than I thought it would be. Although most of the barracks were destroyed, you can see where they used to be. There were rows upon rows. 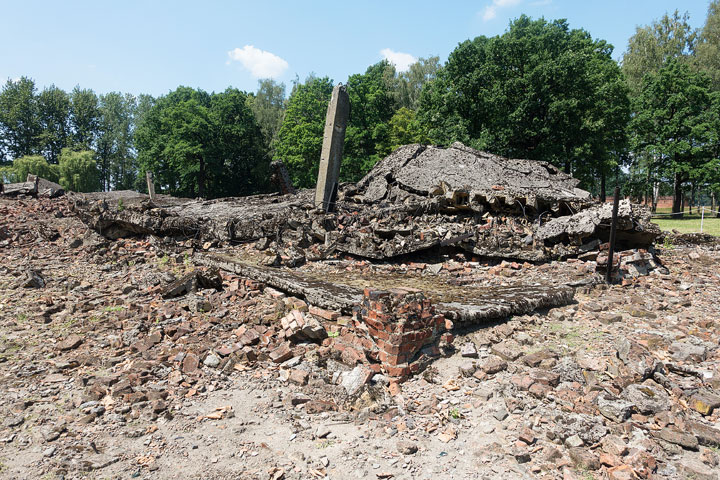 The Nazis destroyed the crematorium here in an attempt to hide their horrible crimes.

After the prisoners were gassed in the crematoriums here, the bodies then had to be transported to the ovens and burned. The Nazis did not want to do such a horrible job, so they made the other prisoners do it. These prisoners were given the name Sonderkommando. The Sonderkommandos were separated from the other prisoners and never lived longer than 6 months because the Nazis didn’t want word spreading about what was actually happening. 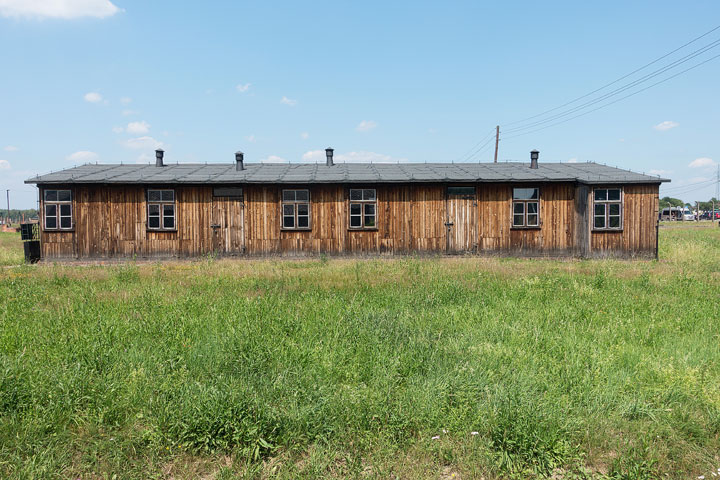 The primitive barracks where the prisoners lived at Birkenau were very sobering. 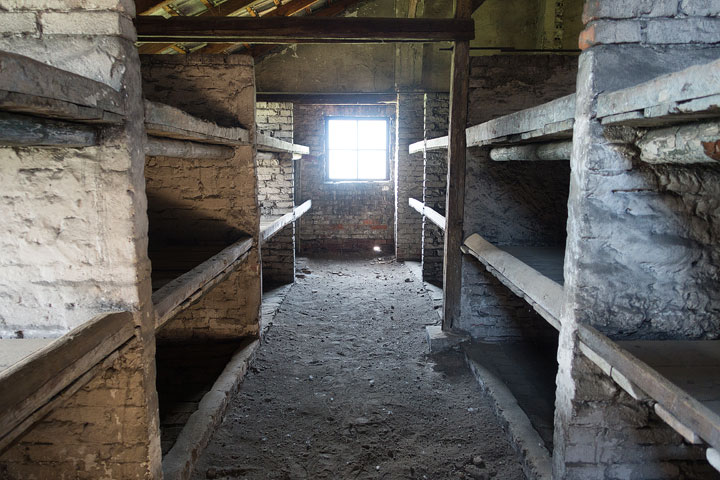 I’ve read many memoirs from Auschwitz and Birkenau and the accounts described them in exact detail. 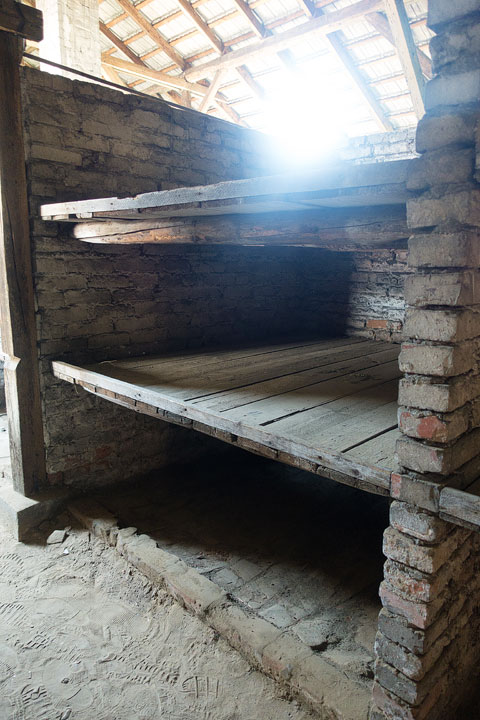 The prisoners slept on these three layer bunks. The bunks are just hard wooden shelves with no mattresses or even straw for cushioning. The bottom bunk is just dirt and brick. I cannot imagine sleeping on bricks then having to get up the next morning and do hard labor all day. 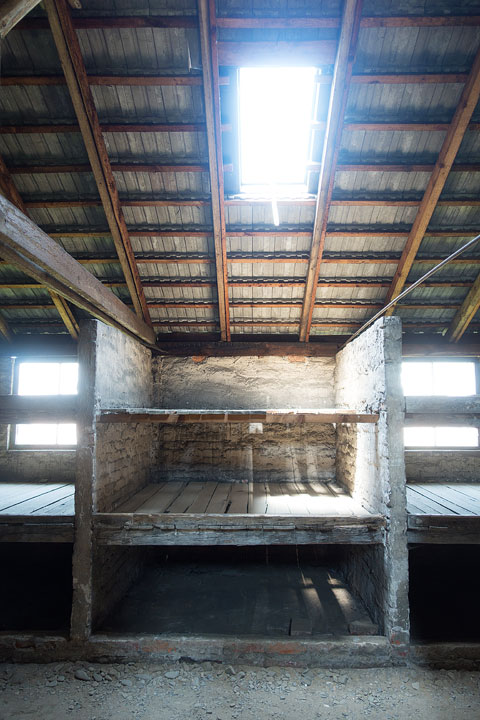 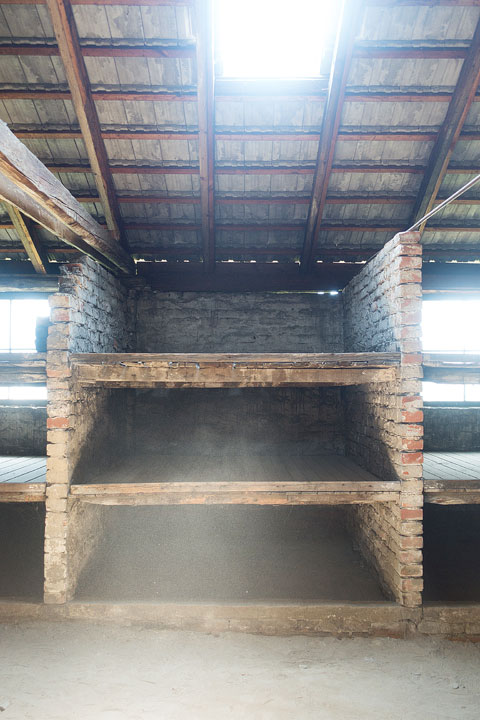 Just quietly walking through the barracks, I kicked up so much dust and dirt. I can’t imagine having to breath this stale, dusty air day in and day out. 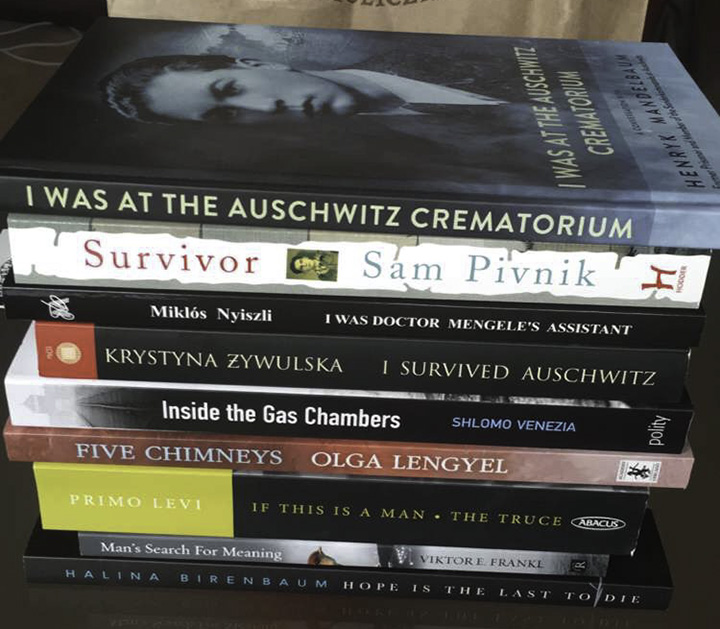 I am always looking for memoirs and survival stories from World War II. If you want to learn more about Auschwitz, Birkenau, and the war from a first hand account, here are three of my favorite memoirs:

The Hiding Place
Rena’s Promise: Two Sisters in Auschwitz
Unbroken – Not about Auschwitz, but an amazing survival story from WWII.

If you have any other recommendations for me, I would love to hear them.

If you made it this far, thank you so much for reading. It know it was hard, but I think it’s also important that we don’t forget.