These S’mores Cupcakes are so good, they’re truly out of this world! Ooey, gooey, chocolatey s’mores goodness in every single bite! 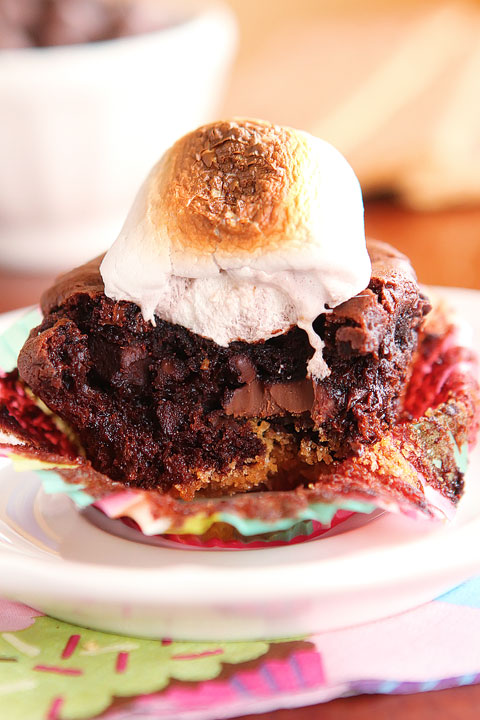 My goodness, am I in love with this cupcake. This chewy, gooey, chocolaty, sweet toasty cupcake. From the buttery graham cracker crust, to the soft, fudgy middle, to the gooey toasted marshmallow on top — it’s everything you love about a S’mores — in a cupcake! Oh and guess what? It’s also stuffed with a Hershey bar. 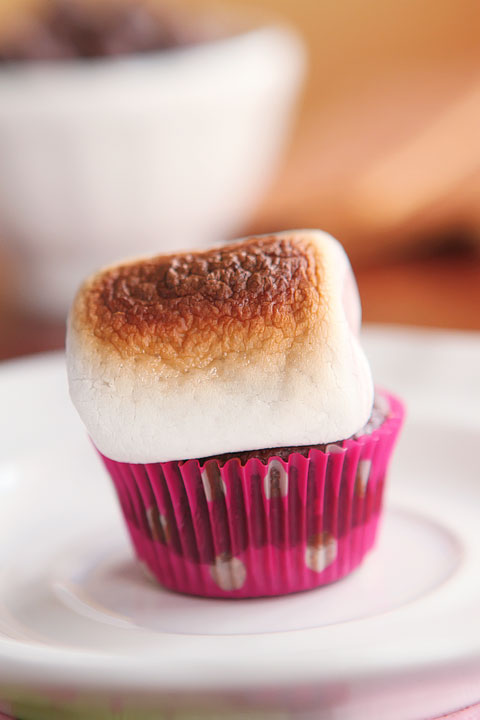 And my favorite part about it? You don’t even have to make a frosting! Just top with a giant pillowy marshmallow! 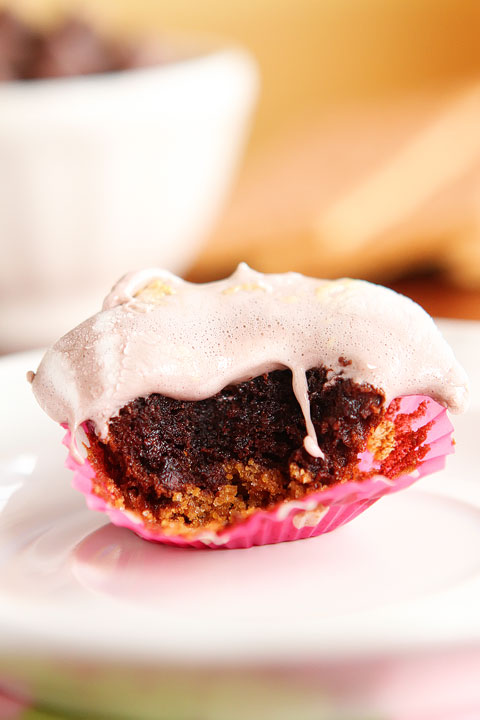 Whether making standard or mini cupcakes, just top with one big marshmallow, place on a baking sheet, and broil in the oven until golden brown and perfectly toasty. The marshmallows are best when served warm and gooey, but if you need to broil the cupcakes earlier in the day and serve later, just reheat for about 10-15 seconds in the microwave — just until the marshmallow gets big and puffy and looks like it’s about to explode. :) That’s when you know it’s just right! They are just as good reheated in the microwave as when made fresh.

Enjoy this one, guys! Just one more cupcake recipe left!

These S’mores Cupcakes are so good, they’re truly out of this world! Ooey, gooey, chocolatey s’mores goodness in every single bite!

The Best Chocolate Cake Ever

For the Graham Cracker Crust

Process cinnamon graham crackers in a food processor until they are fine crumbs. In a small bowl, stir together the graham cracker crumbs, sugar, and melted butter until well combined.

For the Chocolate Cake

For MINI cupcakes, add 2 teaspoons of graham cracker crust to the bottom of each cupcake liner. Press down with the back of a spoon to flatten, and bake at 350 for 5 mins. Fill the prepared cupcake liners with chocolate cake batter until 2/3 full. Bake at 350 for 8-10 minutes.

For STANDARD cupcakes, add 1 tablespoon graham cracker crust to the bottom of each cupcake liner. Press down with the back of a spoon to flatten, and bake at 350 for 5 mins. Add a heaping 1 tablespoon of cupcake batter to the prepared cupcake liners, top with two pieces of a Hershey’s chocolate bar, and press down. Top with another heaping tablespoon of cupcake batter. I used cookie scoop, found at Target. Bake at 350 for 18-22 minutes.

Top with a marshmallow and broil in the oven until golden brown, watching the entire time to avoid burning. To reheat, warm in the microwave for 10-15 seconds.