This Pierogi Recipe with ham, cheese and broccoli makes a delicious meal in just one pan. It’s a quick and easy weeknight dinner that everyone will love! 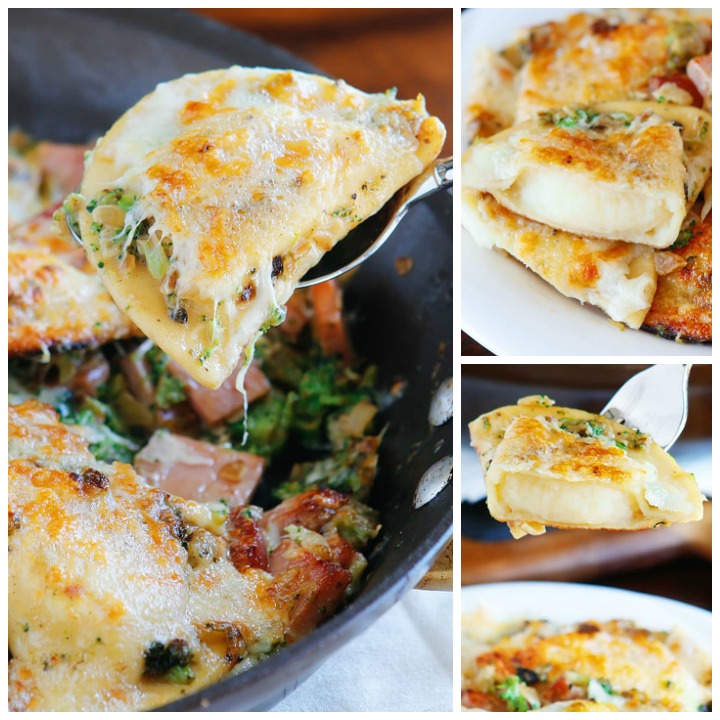 What Is A Pierogi?

Perogies are like ravioli, but instead of being filled with cheese, they are filled with mashed potatoes! Perogies are very popular in eastern European cuisine. I tried to eat them as much as possible when I went to Prague and Poland!

When I think of mashed potatoes I think of ham, cheese, and broccoli, so I combined them all together in this hearty, cheesy, Ham and Cheese Pierogi recipe! 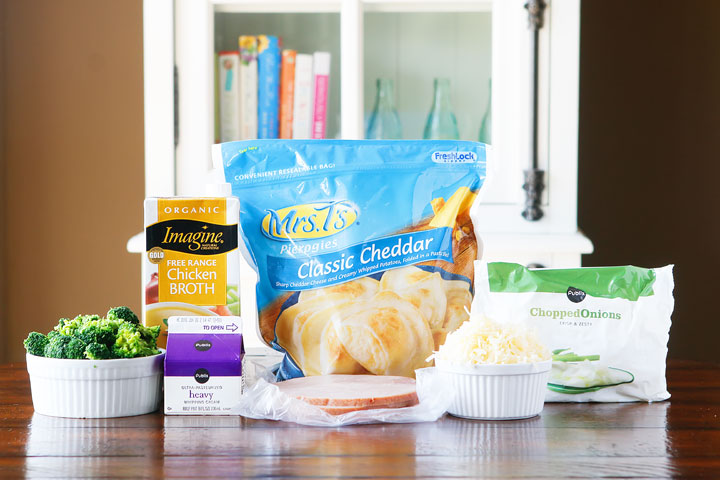 For this pierogi recipe, I am using frozen perogies I found in the freezer section of the grocery store. 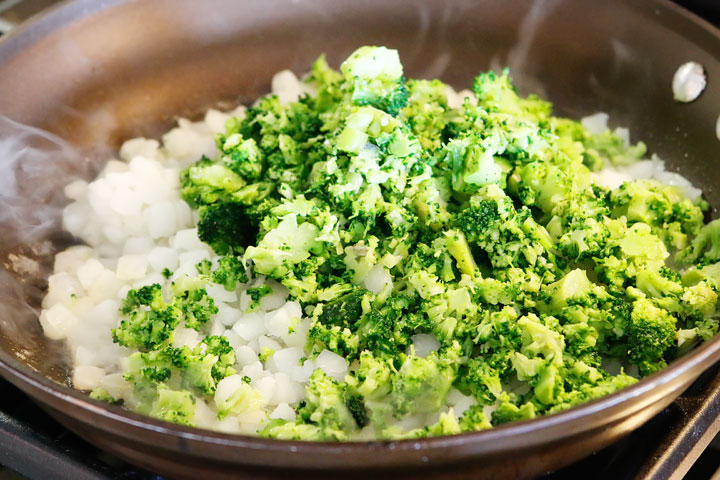 First you’ll need some ham — leftover ham from Thanksgiving or Christmas works great in this pierogi recipe! If you don’t have any leftover ham, you can just buy a few slices from the deli — make sure they slice it about 1/4″ thick. Chop the ham into bite size pieces and set aside.

Next melt some butter in a large skillet over medium-high heat, then add the chopped onions and broccoli. 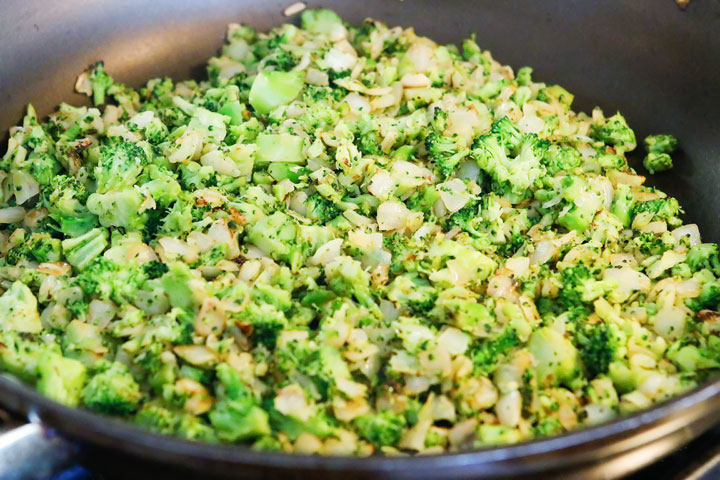 Cook, stirring occasionally, until vegetables are softened and browned, about 10 minutes. Remove vegetables to a plate, then add the ham and cook until lightly browned. 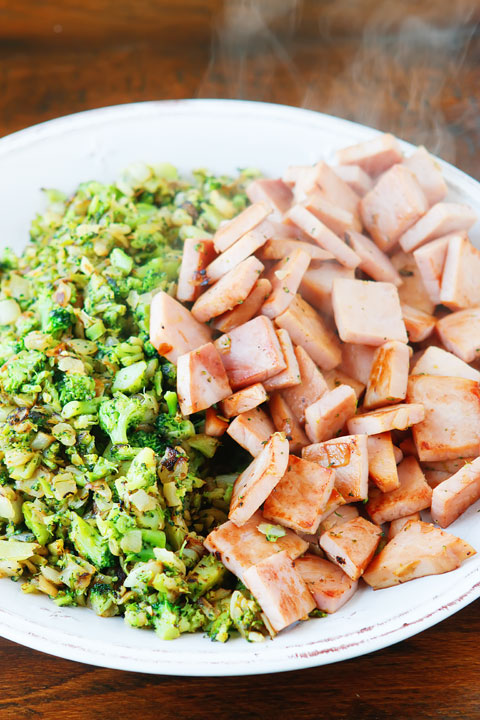 When browned, remove the ham to the plate with the vegetables and set aside. 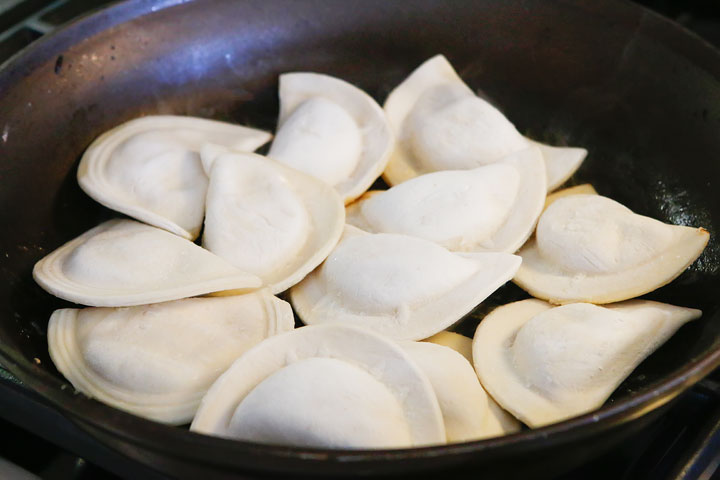 Melt a little more butter in the skillet, then add the frozen pierogies and cook until bottom is slightly brown and toasted. 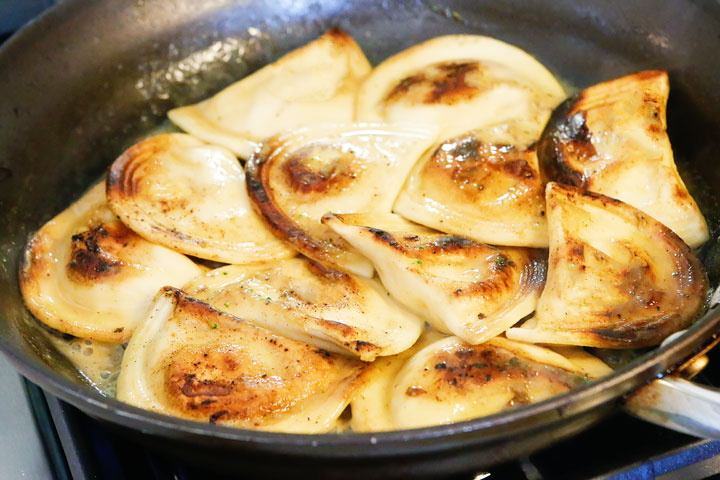 For the Pierogi Sauce…

Add the chicken broth to the skillet, reduce heat to medium, cover with a lid, and simmer for 15 minutes until liquid is mostly absorbed. 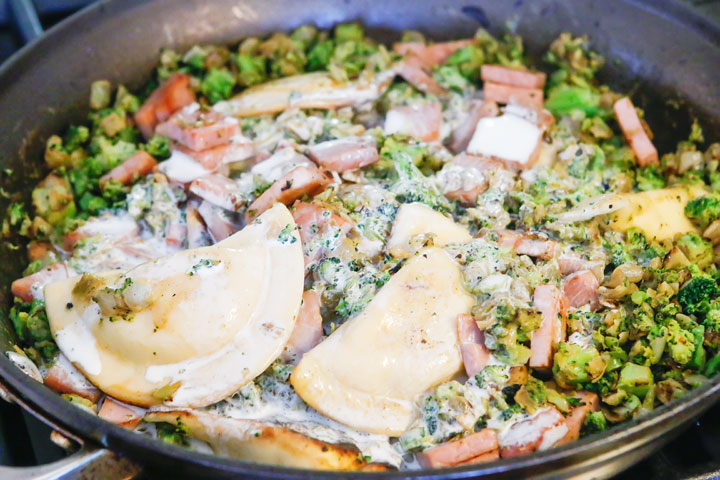 Then add the ham and vegetables back into the pan, then the cream, salt and pepper to taste, and stir gently to combine. 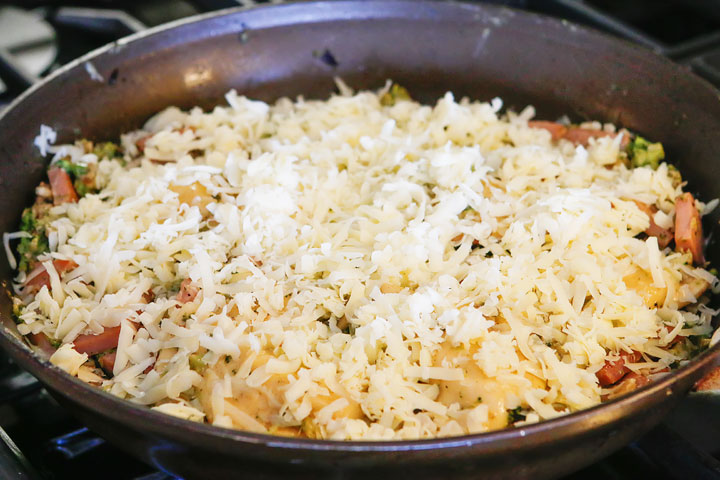 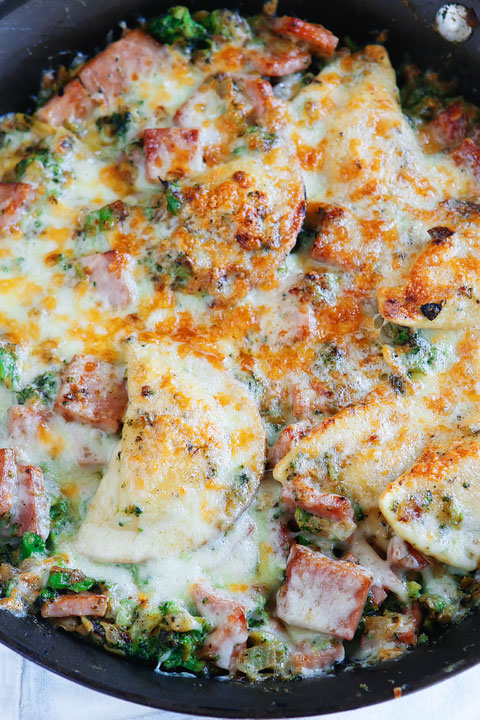 Broil in the oven until cheese is melted and bubbly. 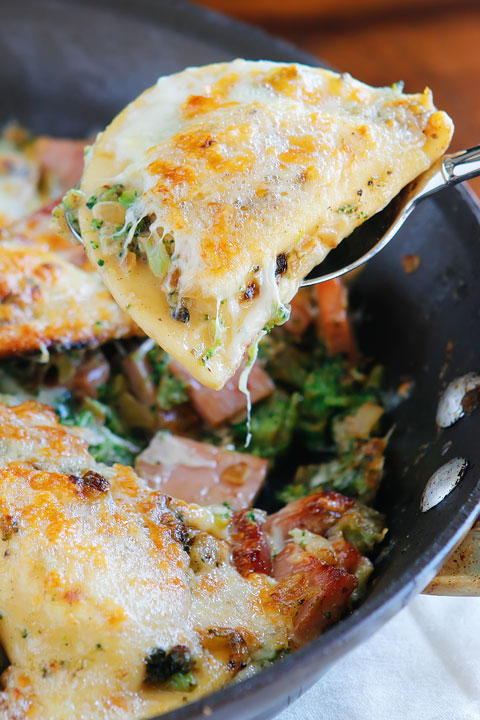 And that’s it! A super quick and easy pierogi recipe that makes a whole meal. 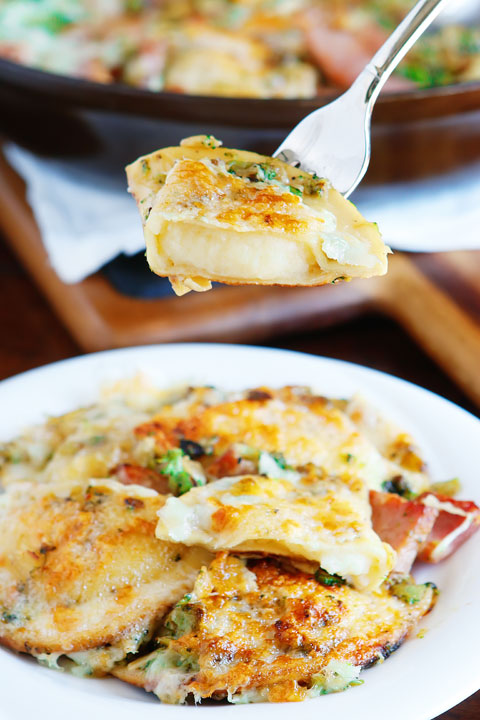 Look at that pierogi filling!! 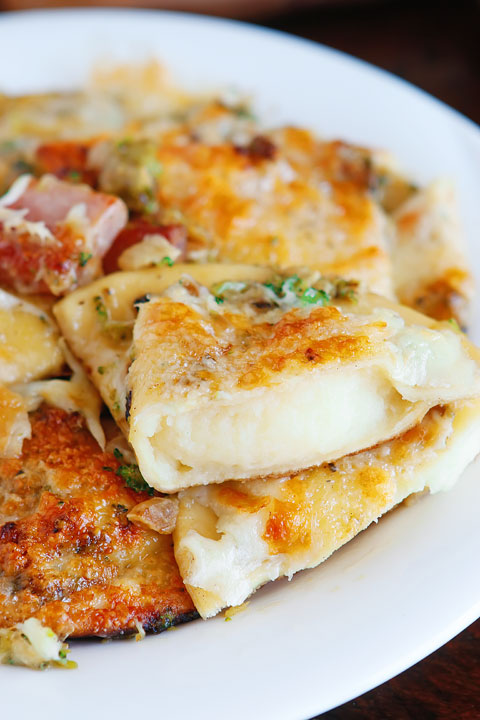 Hope you love this gooey, cheesy pierogi recipe as much as we do!

This Pierogi Recipe with ham, cheese and broccoli makes a delicious meal in just one pan. It’s a quick and easy weeknight dinner that everyone will love!