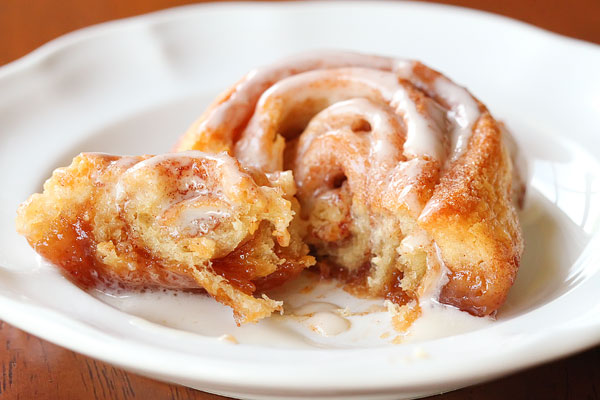 This is honestly the best cinnamon roll recipe if you’re looking for fast, delicious cinnamon buns! 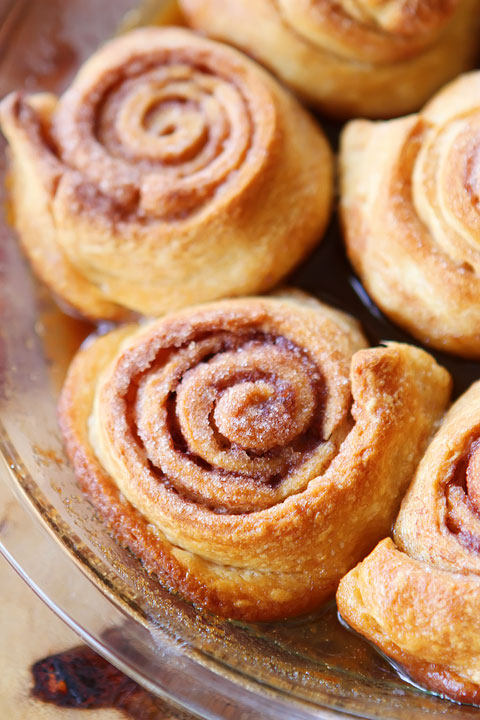 How to Make Cinnamon Rolls Without Yeast 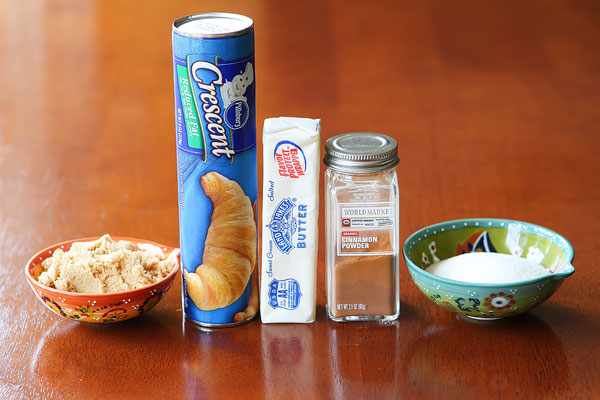 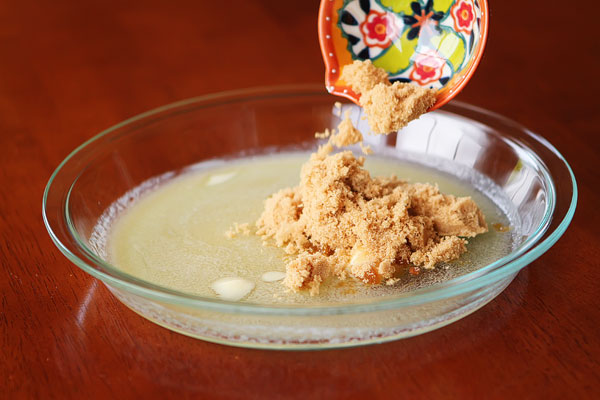 How To Make Cinnamon Rolls (Step by Step)

First we’re going to make the gooey brown sugar filling that goes in the bottom of the pan. That’s what makes these cinnamon rolls so soft and gooey all over! 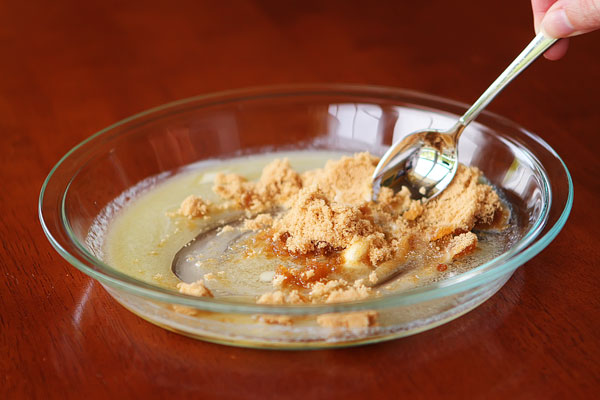 Add 4 tablespoons of melted butter and 1/4 cup brown sugar into the bottom of a pie pan. 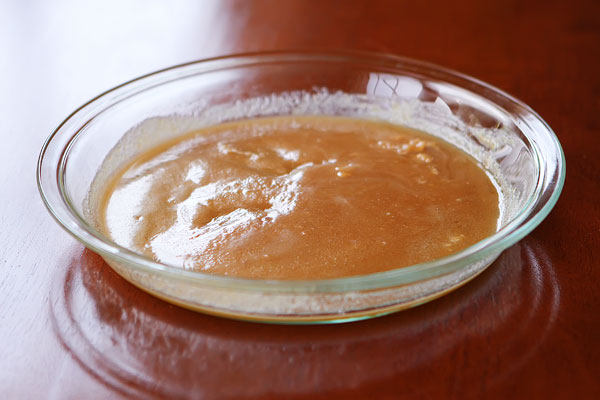 And stir to combine. 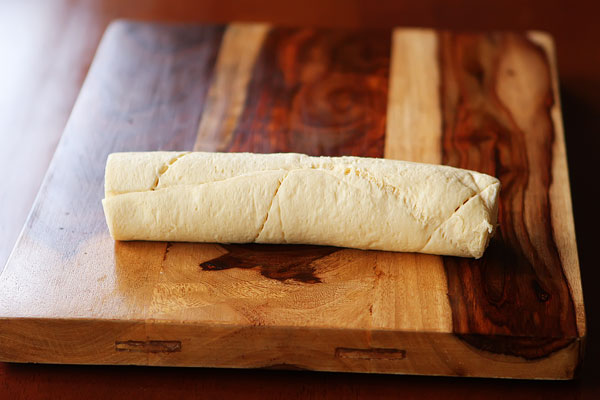 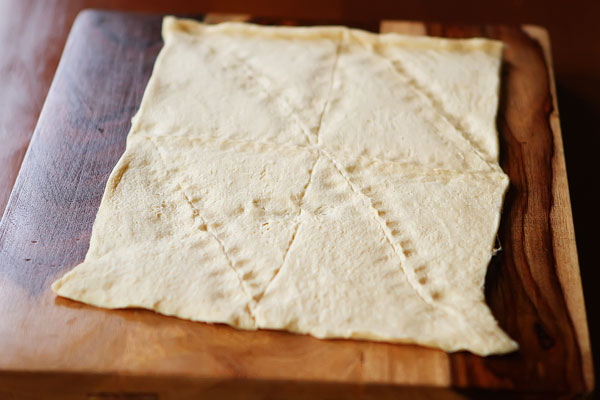 And pinch together the seams.

Does anyone remember Pillsbury Recipe Creations? It was just like their crescent rolls, except it was one big sheet so you didn’t have to pinch the seams together. I use to buy that darn stuff all the time, until my grocery store stopped carrying it. Does yours still have it? 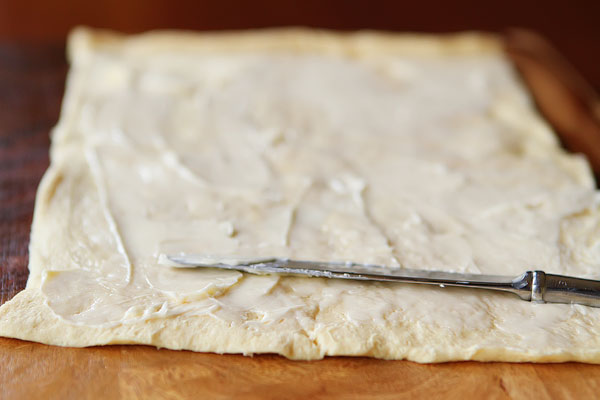 Spread 4 tablespoons of softened butter over the crescent rolls dough. 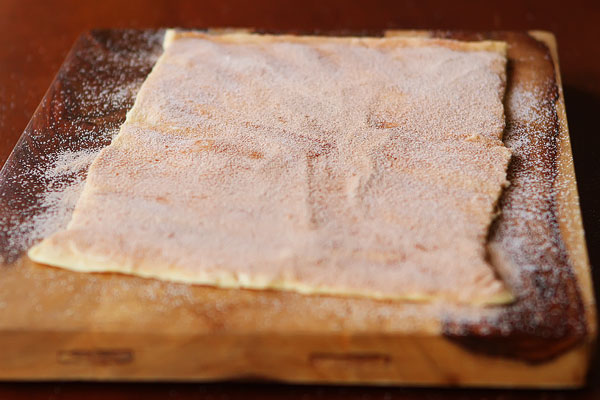 And sprinkle with cinnamon sugar. 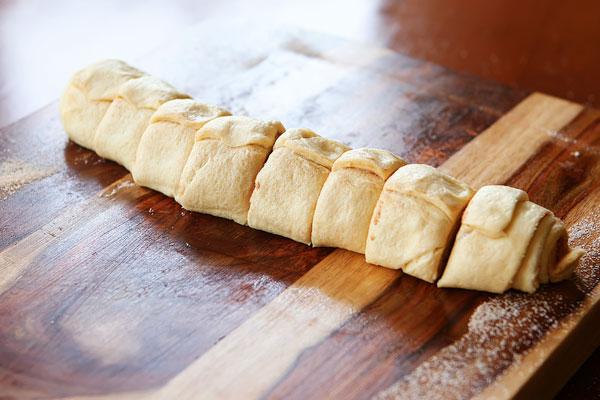 Tightly roll the crescent rolls dough back up, and cut into 8 slices. 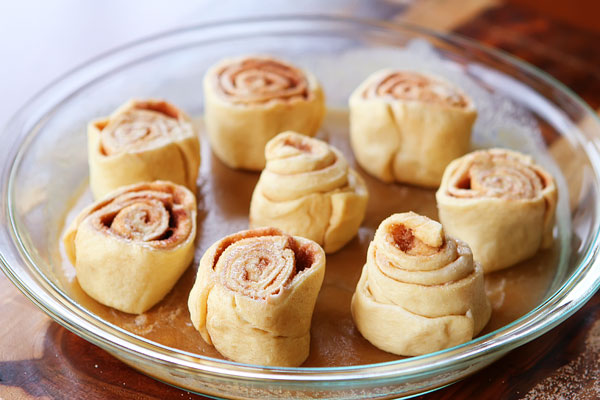 Place the cinnamon buns into the prepared pie plate. 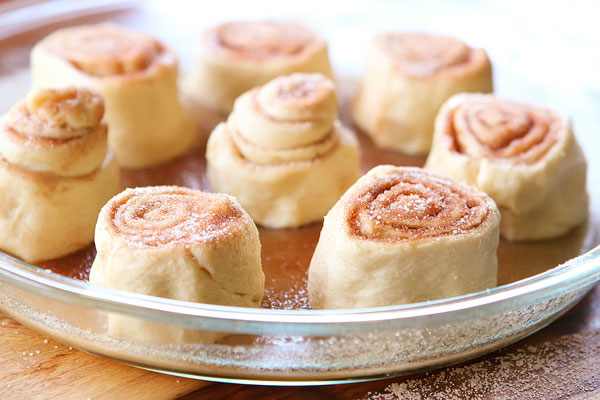 If you have any leftover cinnamon sugar, just sprinkle it right on top of the cinnamon buns.

Can You Make These Cinnamon Rolls The Night Before?

Yes! At this point you can cover tightly and place in the refrigerator until ready to bake. I’ve definitely made these the night before and then baked them in the morning.

Or of course you can go ahead and bake now! 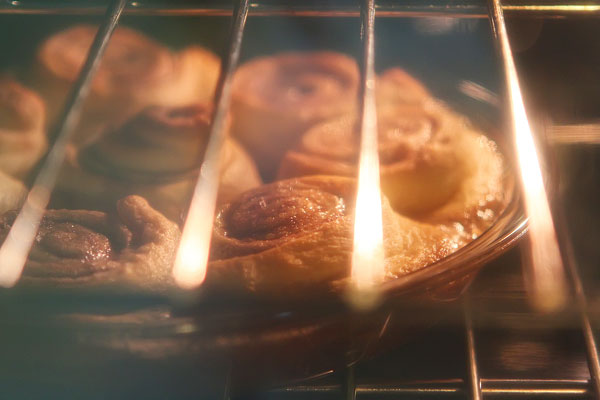 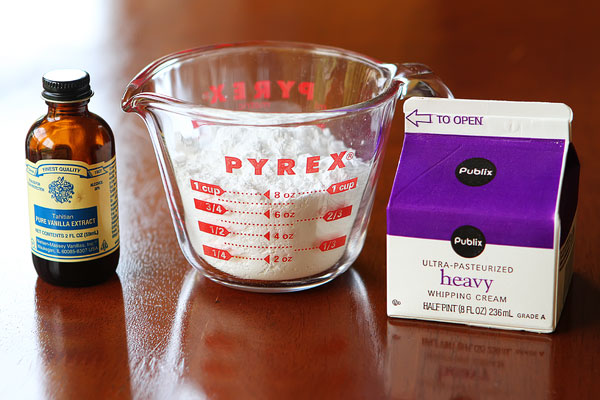 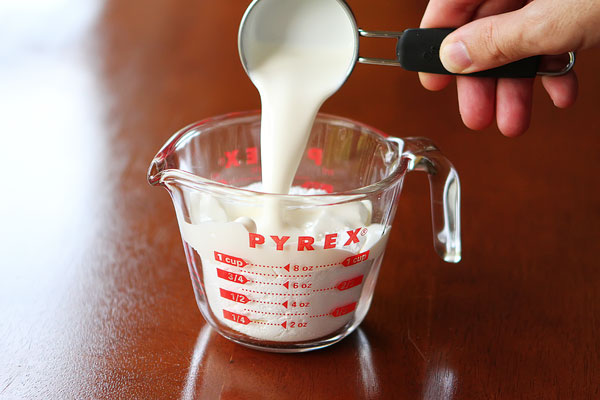 Whisk all the cinnamon roll icing ingredients together until smooth. If you don’t have cream, you can just use butter and milk instead. The exact proportions are in the recipe below. 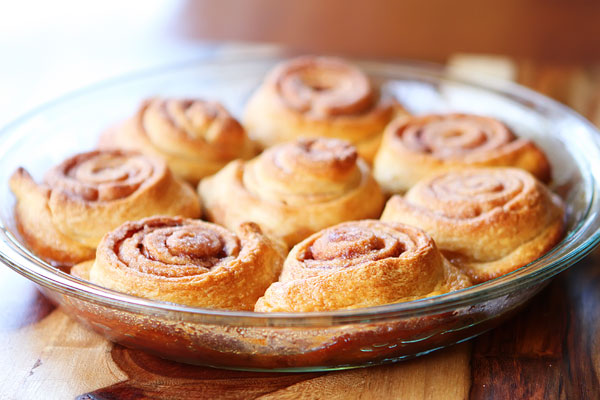 After baking, here are our soft, gooey cinnamon rolls fresh out of the oven! 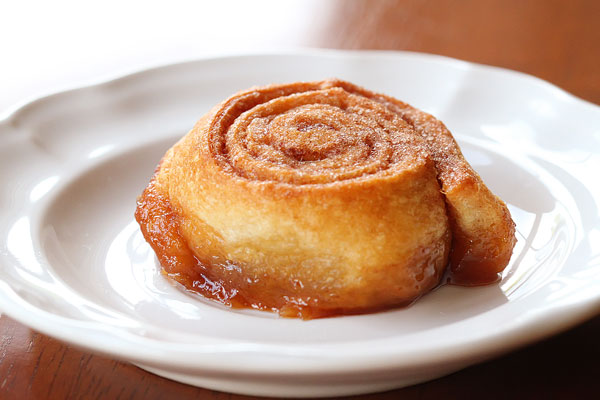 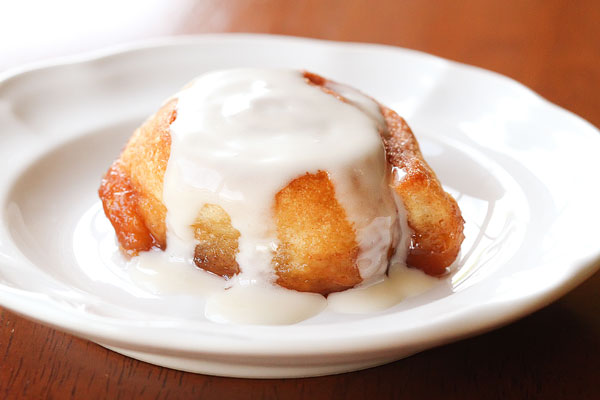 These are honestly the best cinnamon rolls ever!! 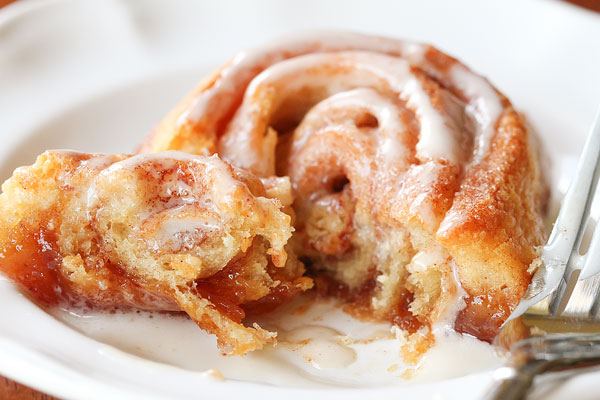 Seriously in love with this cinnamon roll recipe with crescent rolls!

These are the best, easiest, softest cinnamon rolls ever!

FOR THE CINNAMON ROLL ICING