Last Friday Winnie was 12 weeks old. I can’t believe we’ve had her for 3 weeks now! The time has flown by.

She weighs 5.3 lbs. I’ve been using this Puppy Weight Calculator and it’s been pretty consistent each week.

It predicts her adult weight will be around 11 lbs. Miley and Howie are 15 and 13 lbs. She’ll be a little runt! She was the second smallest in her litter.

The only time she is still is when she’s chewing on something she shouldn’t be.

She loves to run around the backyard and explore!

She is getting SO good at using the bells to go outside! We hang bells on the back door that are low enough for her to reach. When she needs to go out to go potty she runs to the back door and rings the bell. If you are potty training a puppy I highly recommend bells! We’ve used them for all three pups. You could easily make your own, but we got ours from Poochie Pets. 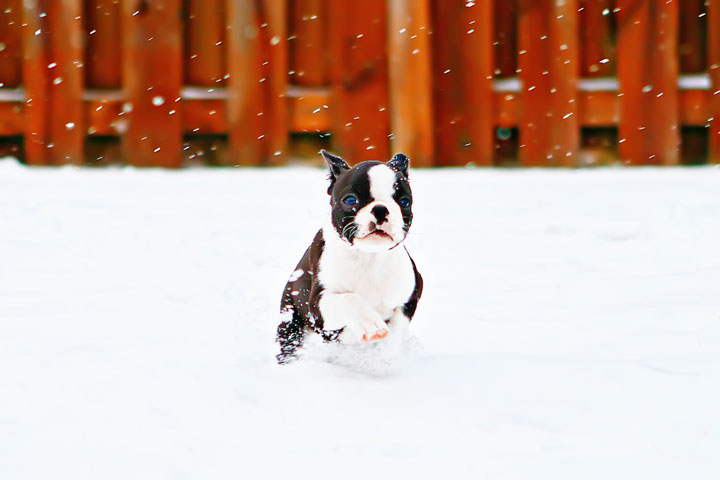 She even experienced her first snow day!

Howie is very good and very gentle with her.

He lets her think she has a chance!

But he always knows he can win if he really wants to. ;)

She loves hiding behind the bushes in the flower bed. 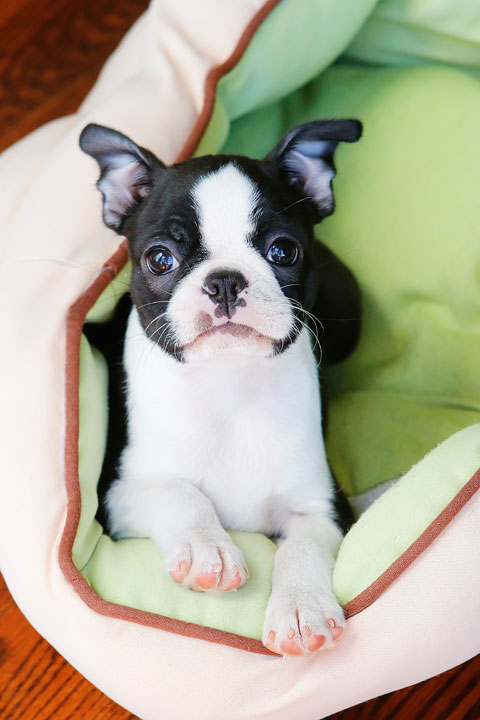 Back when we got Miley and Howie, we bought them these small bucket-shaped beds called Love Buckets. They were actually made for cats, but they were the perfect size for Boston Terriers and Miley and Howie LOVED them. They were the best beds we’ve ever had. We’ve had them for 9 years, and to this day they are still their favorite beds. Many other beds have come and gone, but the Love Buckets have stood the test of time. They are so durable and easy to wash. You just throw the whole thing in the washing machine and it comes out just like new. You don’t have to fumble with unzipping, taking off the lining, and trying to stuff it back in when it’s done. The whole thing just goes into the wash. And they’ve held up through hundreds and hundreds of washings over the past 9 years. They still look brand new. And they were affordable! They were the best beds ever.

Winnie will pounce, twirl, and bark when she’s begging to be picked up.

She always gets what she wants. :)

She’s so sweet when she’s sleeping!

Miley doesn’t know what to think of this puppy’s crazy antics.

Although sometimes she’s fun to play with, I guess. ;)

Howie just has to catch up on his rest, like a little old man!

Sometimes he’ll even cuddle with her, as long as he thinks no one’s watching. ;)

Winnie would give you lots and lots of kisses if she could. 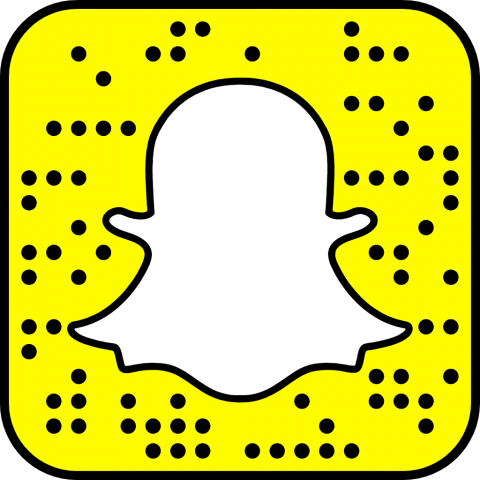 Be sure to follow us on Snapchat for daily Winnie pictures, videos, and updates!

A Day in the Life of Winnie the Wonder Dog

A Day in the Life of Winnie

Winnie has discovered herself in the mirror ó¾Œ´

Discovering herself in the mirror.

Hopping down the steps! 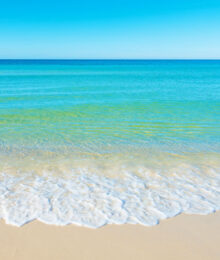 Christmas at the Beach 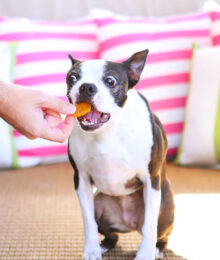 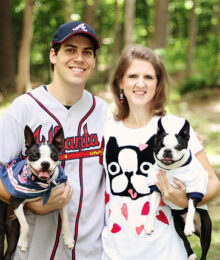