Appetizers, Perfect for Parties, Recipes, Side Dishes, Snacks by Amanda on April 25, 2016 8 Comments »

I am about to show you The Best Guacamole Recipe in the world. Made with lemon, lime, jalapeno and much more, this delicious dip will rock your socks off! 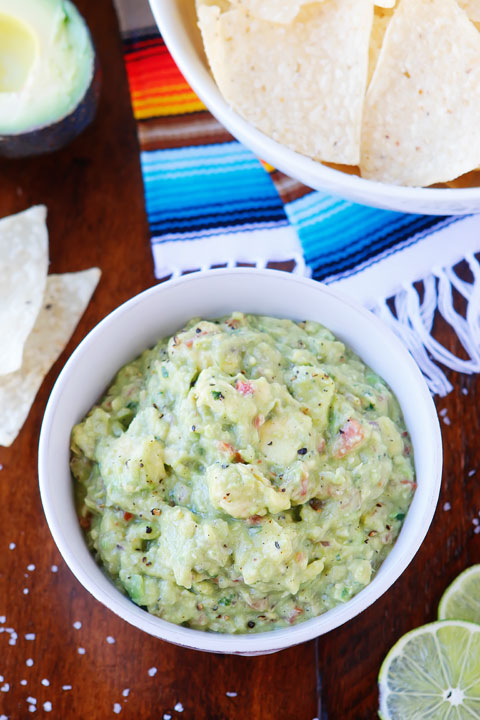 Every month we get together with a few of our favorite neighbors for Taco Night. We take turns hosting and  stuff our faces with homemade tacos, chips, salsa, and play card games until late in the night.

Taco Nights are so fun because everyone brings a dish to share. One neighbor always brings a different variety of gourmet salsas for us to taste-test.  Another brings a collection of hot sauces! No matter what though, everyone always asks me to bring this guacamole. I have a favorite guacamole recipe I have been perfecting for the past few years. It is a HUGE hit at Taco Night and everyone always raves over it.

This guacamole is recipe is perfect for taking to parties because you can throw it together super quickly. And keep reading for my trick at the end to keep it from turning brown! This guacamole will stay looking fresh all night even sitting out… Not that it will last that long! ;)

Spice up your Taco Night with this fresh, delicious homemade guacamole! :) 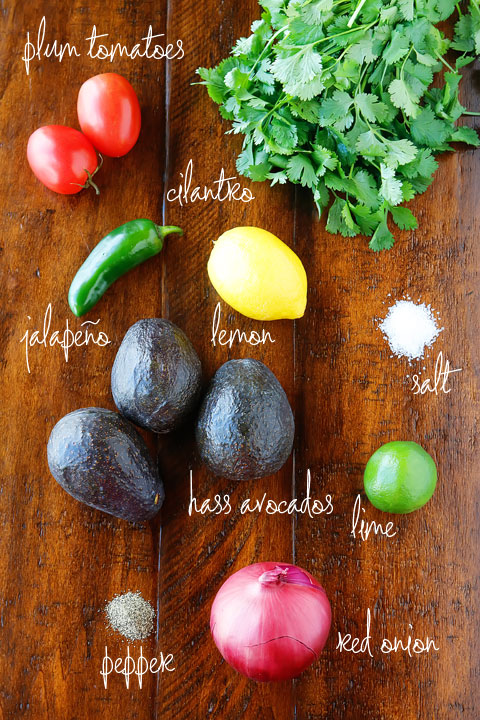 Here’s all you need… 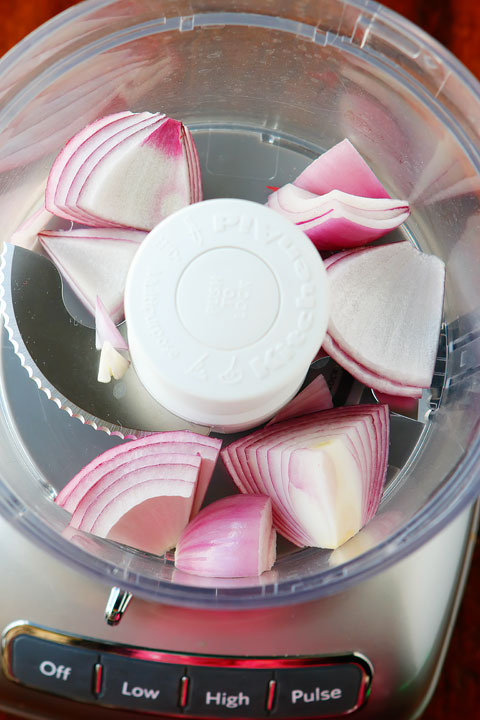 How to Make The Best Guacamole

First peel and quarter a red onion and place it in a food processor. 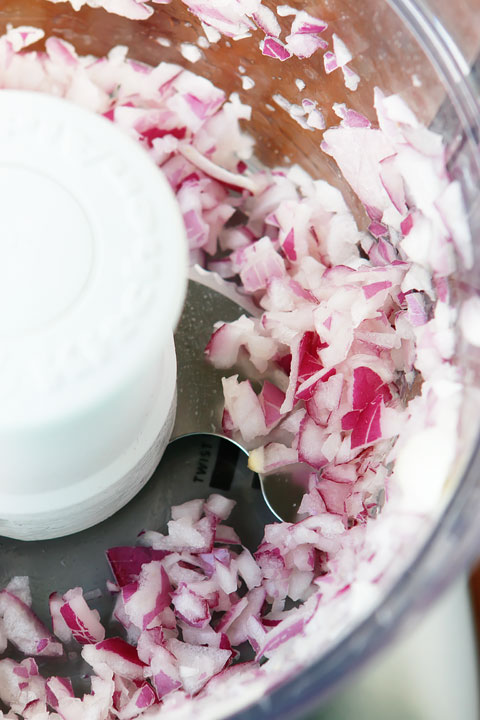 Pulse a few times until coarsely chopped. You’ll be adding a few more things and processing it more, so it doesn’t have to be too finely diced at this stage. 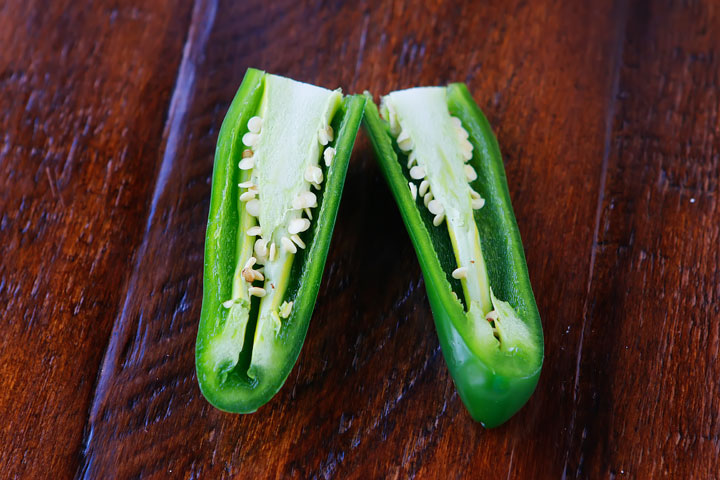 Next, chop off the top of a jalapeno and split in half. If you can handle the heat, go ahead and throw it in just like this. 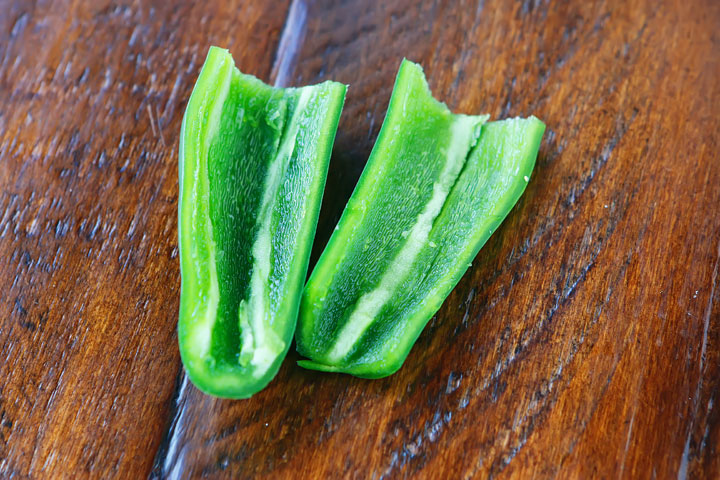 I prefer a more mild guacamole though, so I scrape out the seeds. :) 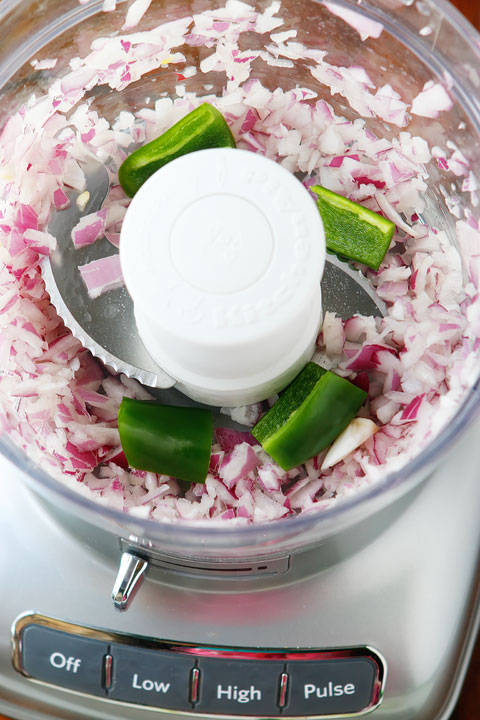 Add the jalapeno to the food processor… 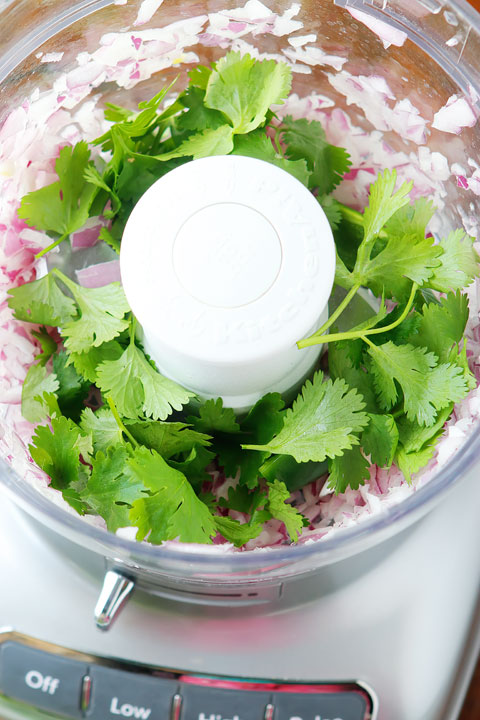 As well as a handful (about a cup) of cilantro. Just roughly chop the leaves off the stems and throw them in the bowl. 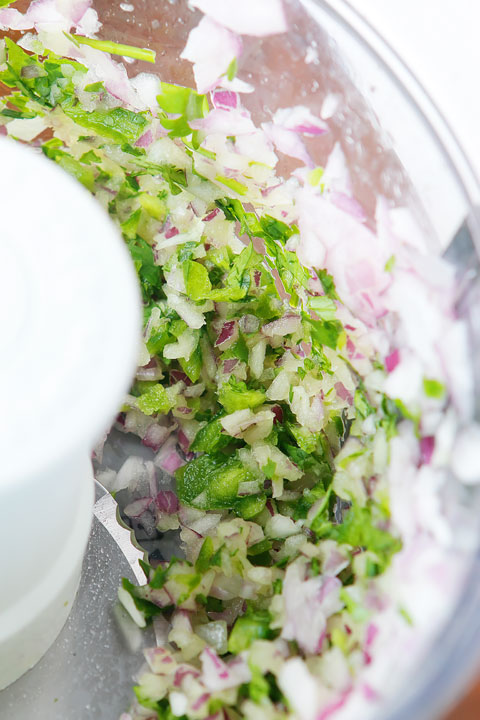 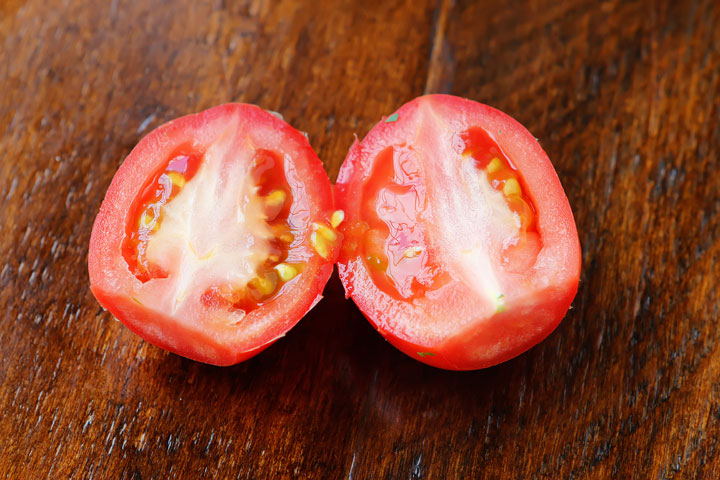 Next, grab two plum (aka roma) tomatoes and split in half. 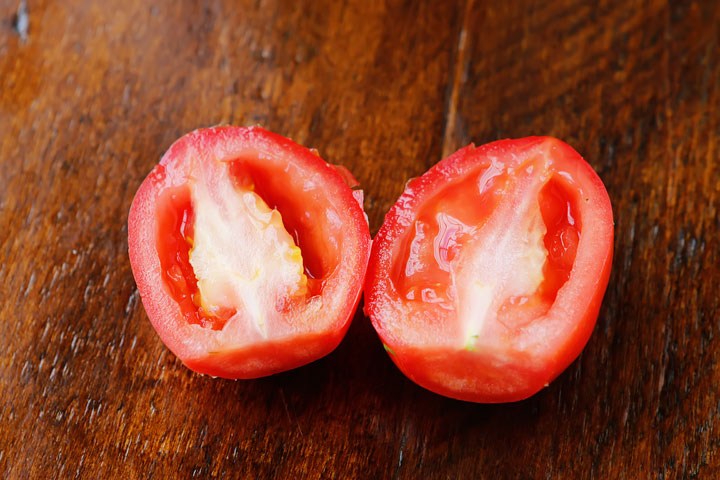 And scrape out the seeds. 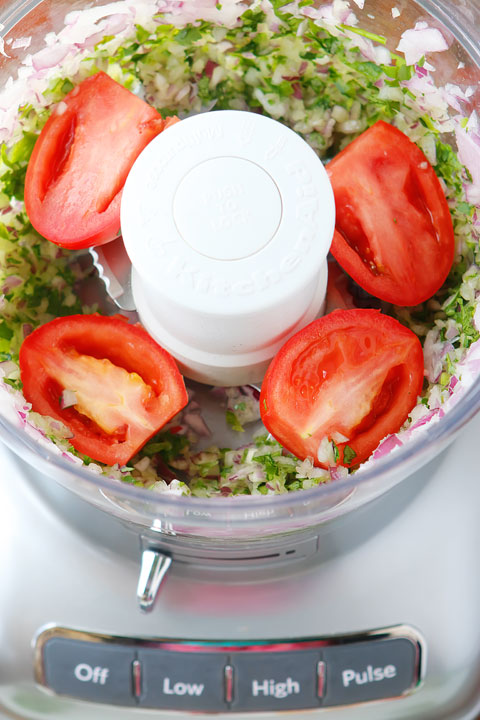 Add the tomatoes to the food processor… 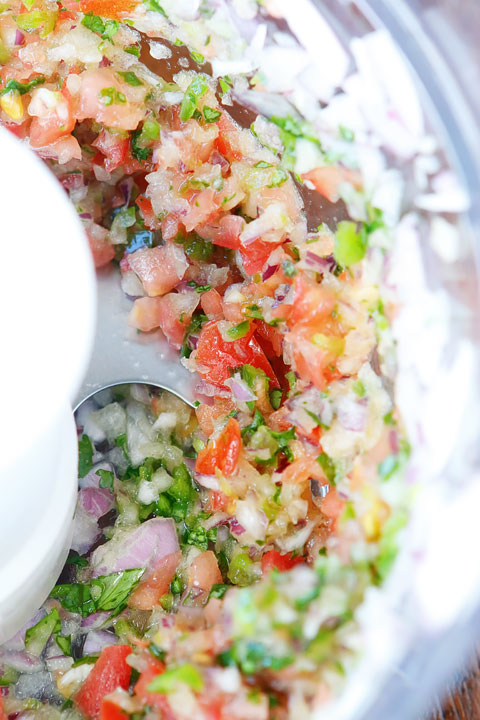 And pulse until finely chopped. You could stop here and have pico de gallo! 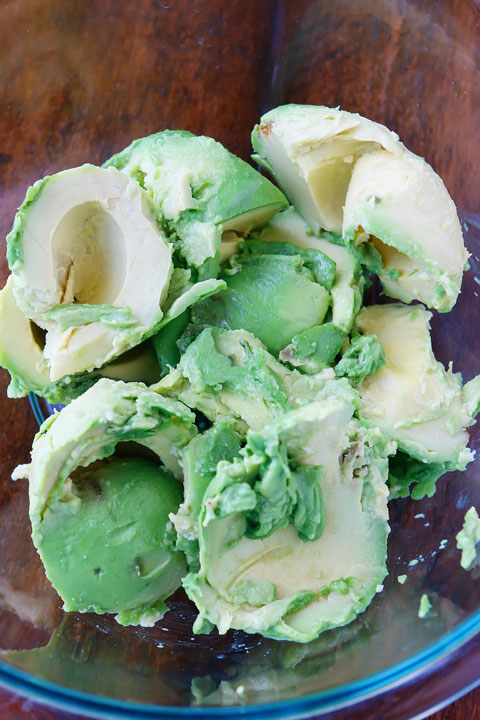 When choosing avocados to make guacamole, they should give when squeezed, but not be mushy. Cut the avocados in half, remove the pit, and scoop the flesh into a large bowl. 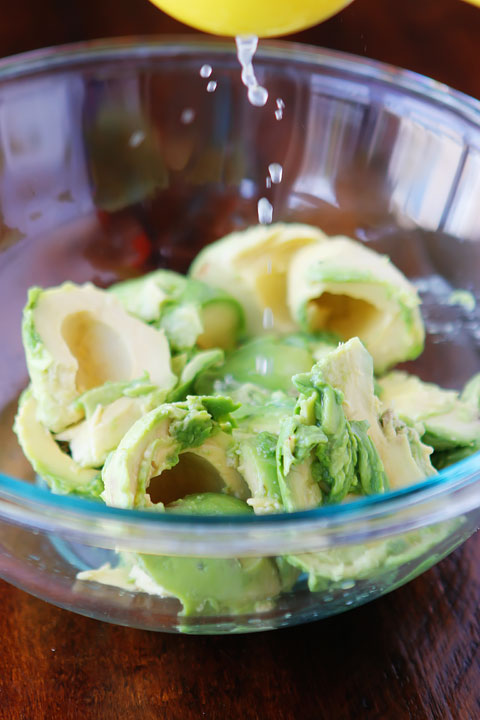 Add the juice of half a lemon and half a lime (about a tablespoon of each). 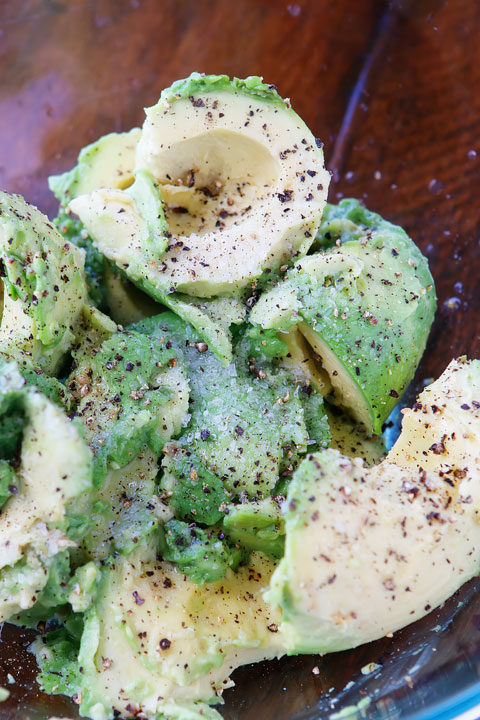 And PLENTY of salt and pepper. I usually start with 1/2 teaspoon each. And for that “secret ingredient” flavor, add a dash of cumin. 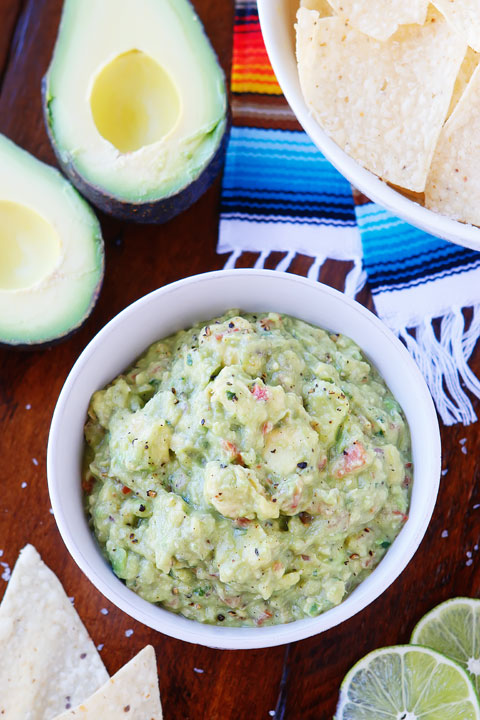 Finally, add as much of the pico de gallo mixture to the avocados as you’d like to get your desired texture. Stir with a fork until just combined. I like to leave my guacamole a little chunky. I usually have about 1/2 to 1 cup of the pico mixture leftover.

Place the rest of the pico de gallo in separate bowl for dipping chips and topping on tacos. 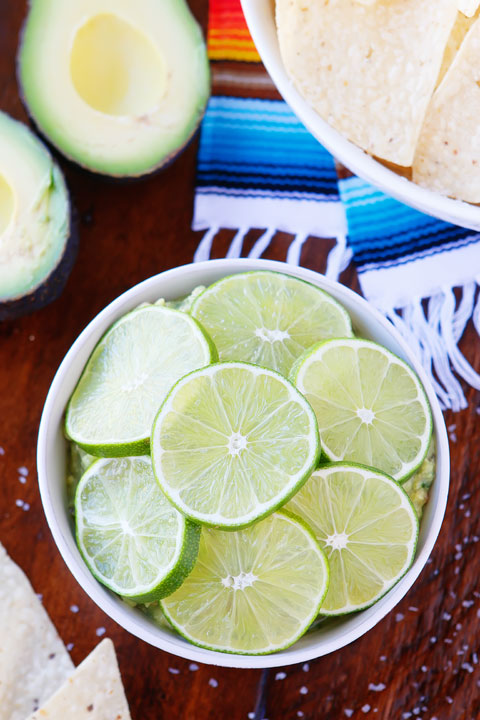 I am about to show you The Best Guacamole Recipe in the world. Made with lemon, lime, jalapeno and much more, this delicious dip will rock your socks off! 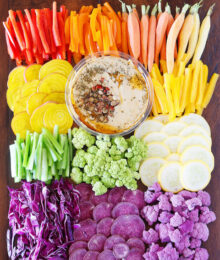 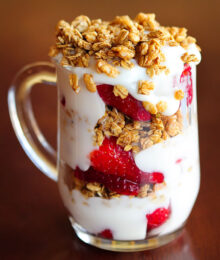 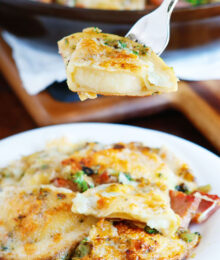