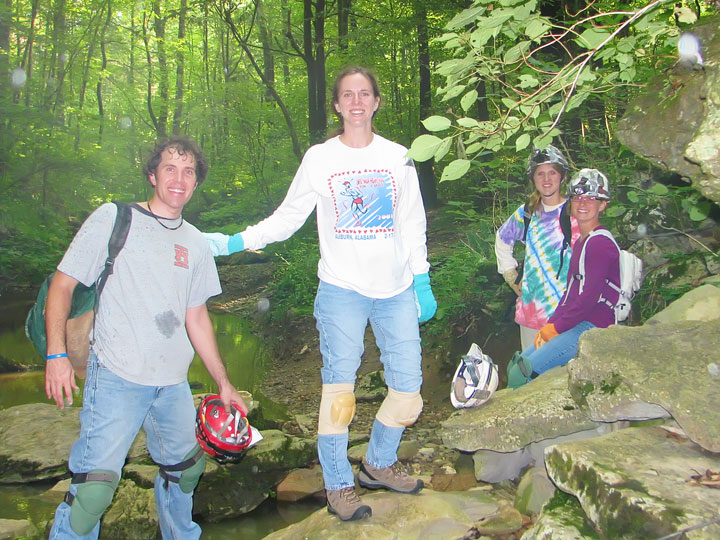 When Kevin and I were at school in Auburn, we had two awesome friends, Melanie and Walker. In fact, Melanie plays a big role in how Kevin and I got together. She’d drag me to Auburn baseball games (in which I had no interest in anything other than the hot dogs) and somehow we’d always end up sitting right next to Kevin. And he still ended up asking me out, even though I spent the majority of those games stuffing my face with hot dogs. True love, folks. (And what is it with baseball hot dogs?? They are always the best!)

Anyway, when we first got married, Melanie and Walker would often come visit us at our new home in north Alabama. Walker is a huge caving expert (don’t call it spelunking! Walker says that’s for amateurs. ;)) and would always take us on some fun new underground adventure. Evidently our area is a hot bed for underground caverns. There were tons to explore and we never went to the same one twice. But after a few years life got busy and our caving trips got put on the back burner — for the next six years.

But a few days ago when Melanie called out of the blue and said, “Hey! Wanna go caving??” my answer was immediately, “Yes!” We went on a week day, so Kevin had to work, but I took my outdoorsy friend Kim who always goes kayaking with me. I knew this would be right up her alley. She was also Miley and Howie’s trainer when they were in puppy school, so she’s the reason why they always sit still and look at the camera when I take their pictures, lol! ;) 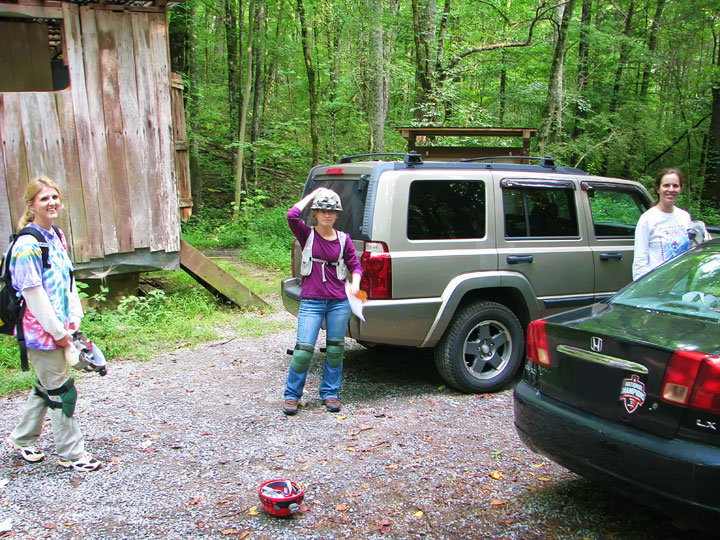 That’s me, in the nearly eye-burning tie-dyed tshirt, in case you couldn’t tell. Just like an only child to always need to be the center of attention. Kim in purple, and Melanie in white. 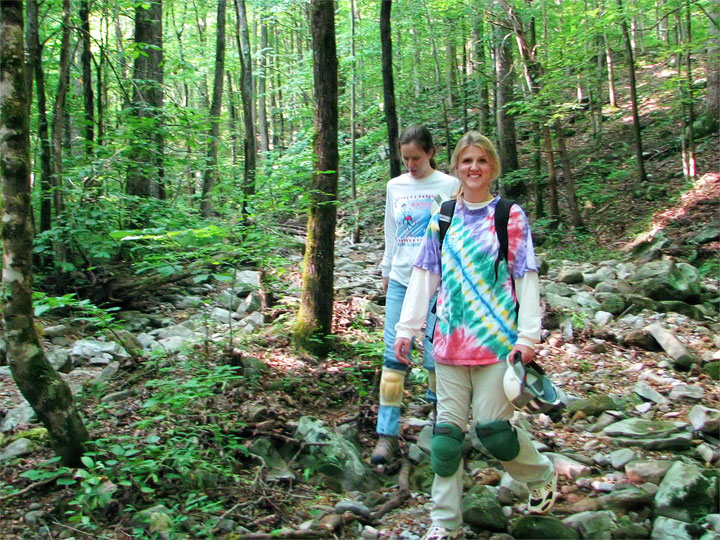 Walker made sure we were equipped with everything we’d need for a short, relatively easy caving expedition: long pants and long sleeves that WILL get ruined, shoes with tread, gloves, knee pads, helmets with lights, water, and snacks. Oh and PLENTY OF EXTRA BATTERIES. It’s dark in there, ya’ll. 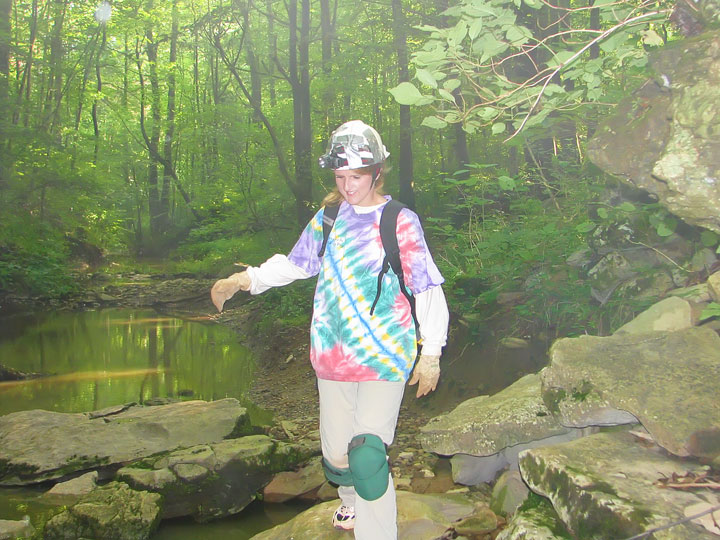 We dressed warmly, (I’m actually wearing a pair of leggings under these khakis) because while it was in the middle of summer and quite steamy outside, cave temperatures remain stable and cool no matter what time of year it is. Limrock Blowing Cave is also a “water cave” meaning there was a good chance we’d be wading through water at several points during the cave. All the more exciting! :)

(Note the nearly dry river behind me. More on that in a minute.) 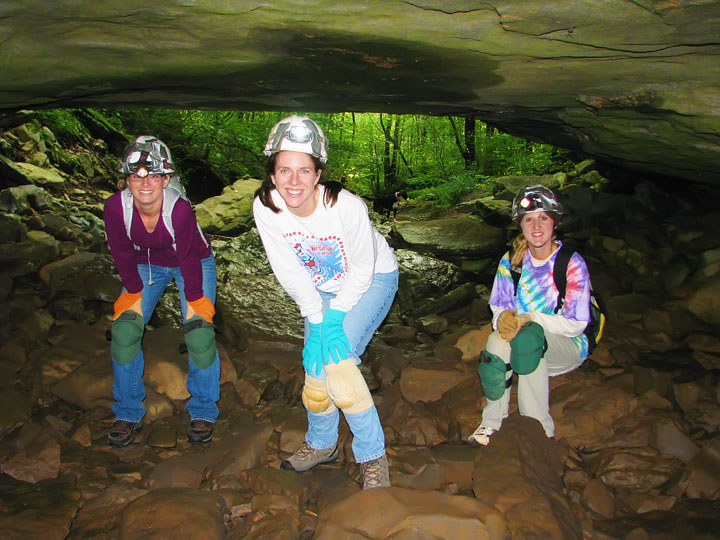 Here’s the cave opening where we climbed in. We followed the path of the river that flows throughout the cave. After heavy rains the cave is completely filled with water from floor to ceiling and rushes out the opening into the riverbed behind us. 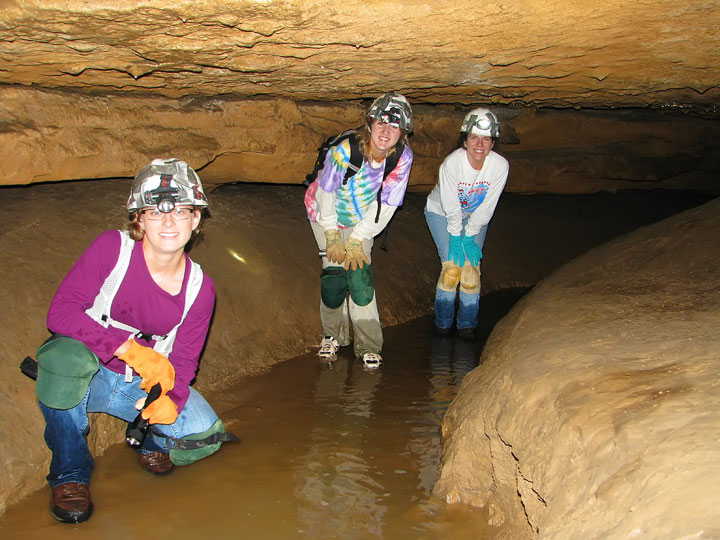 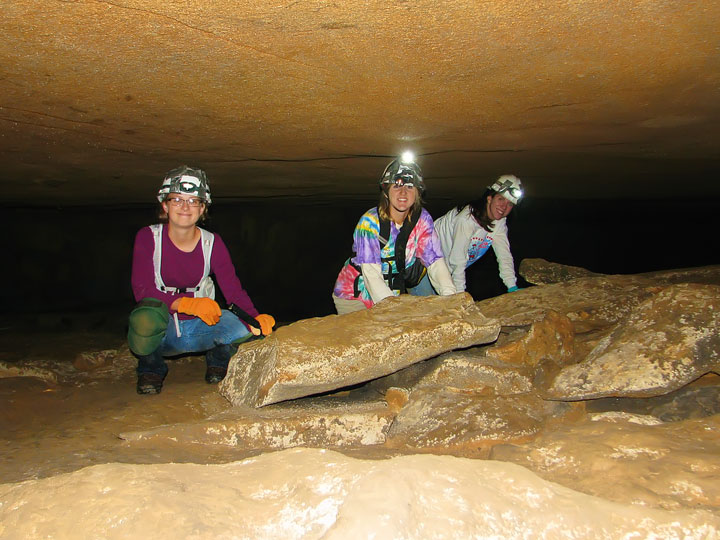 There was lots of crawling. 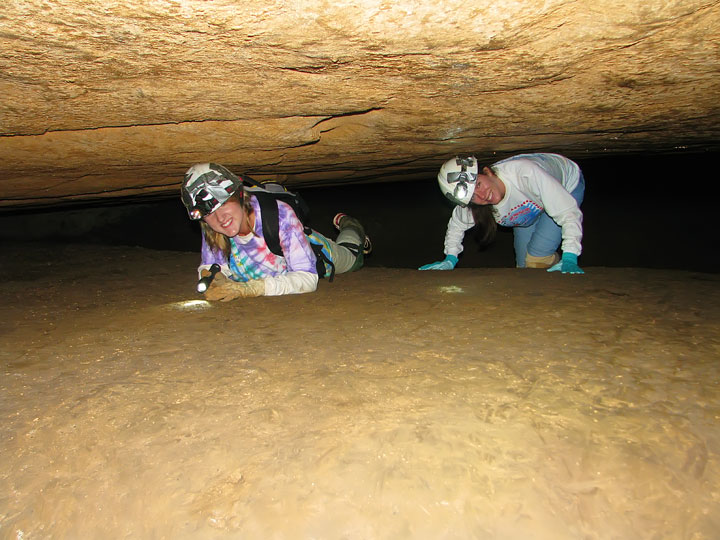 The cave got very shallow in some places. 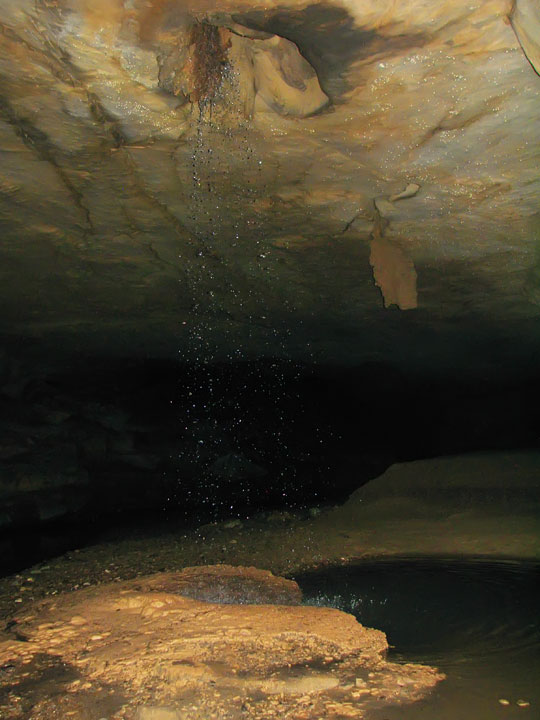 But would open back up for long stretches — to heights of 70 feet or more — and into magnificent waterfalls. 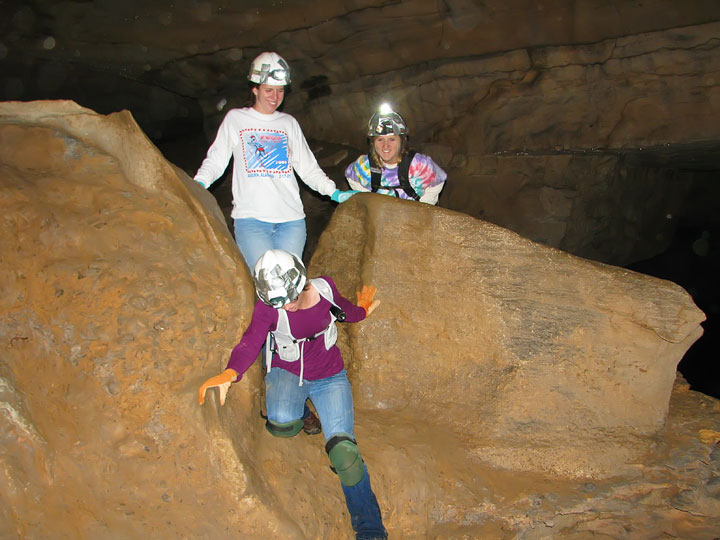 There were parts that were steep. 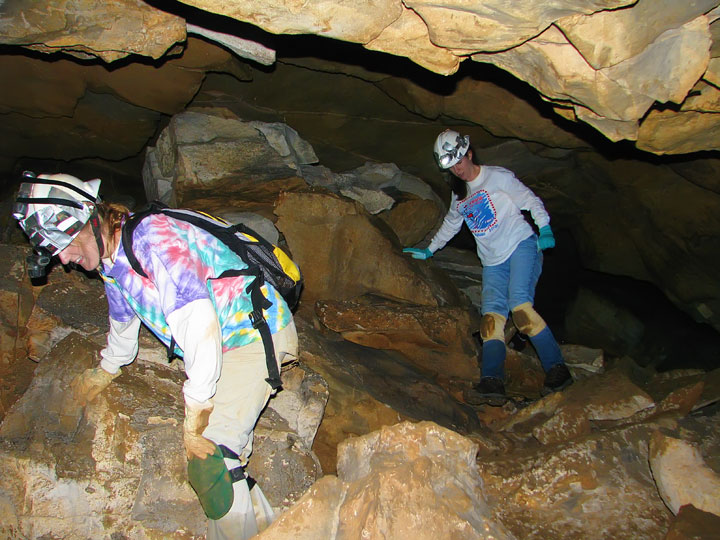 And parts that were rocky. 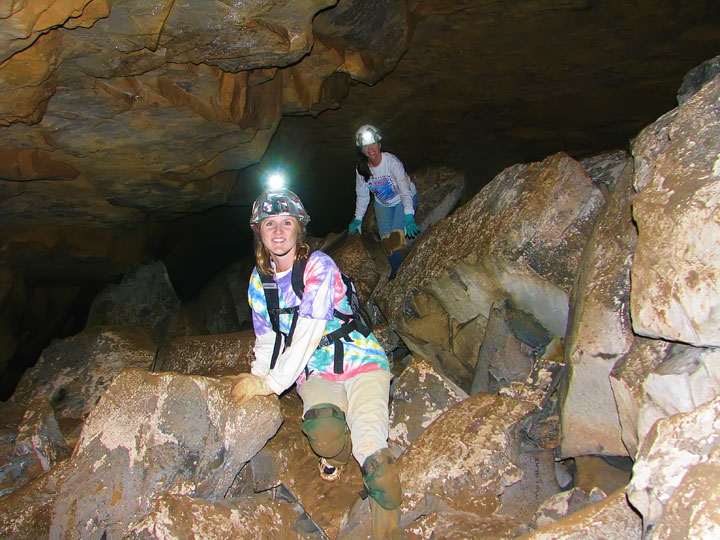 We did lots of climbing! :) 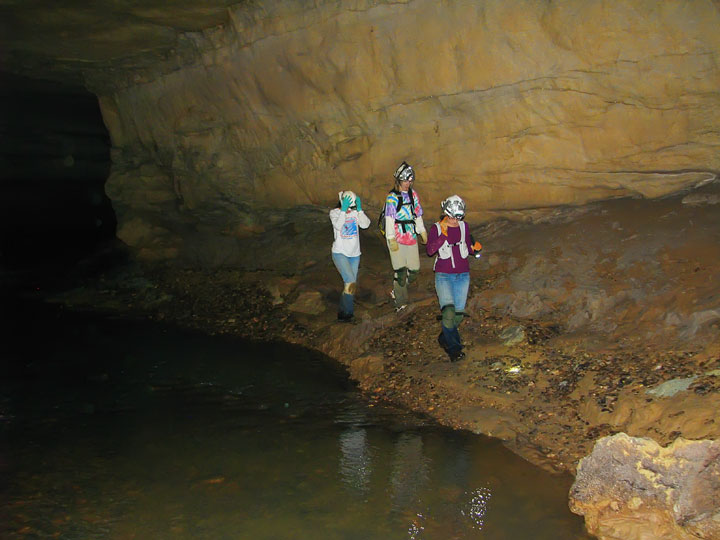 And lots of very carefully looking where we were stepping. 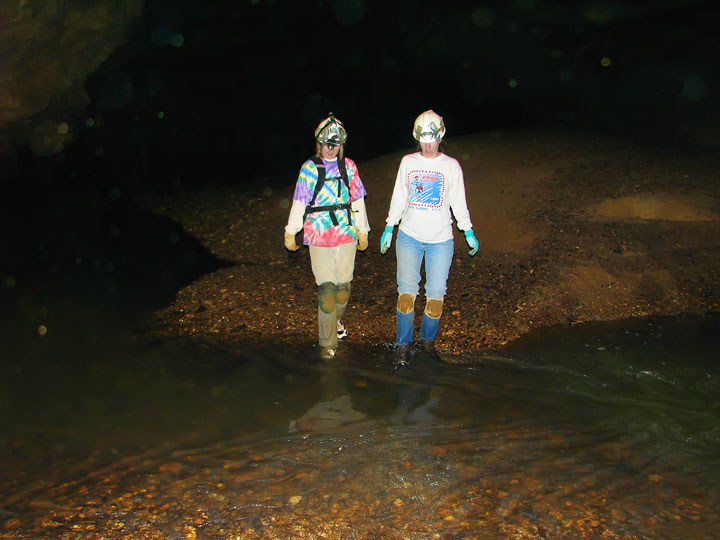 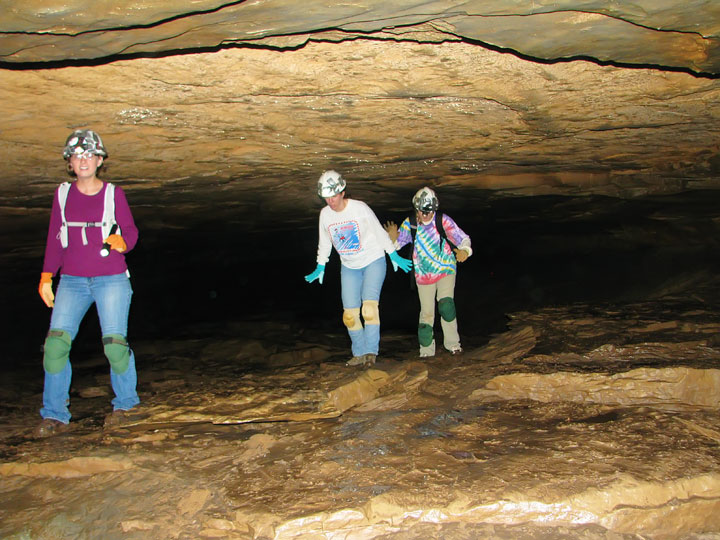 There were more times than I can count that I was very thankful for my helmet. :) 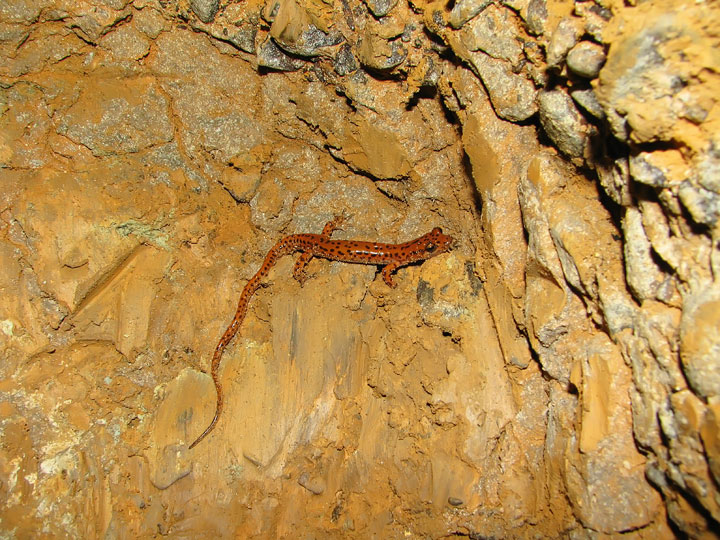 We met this cute little cave salamander on the way. 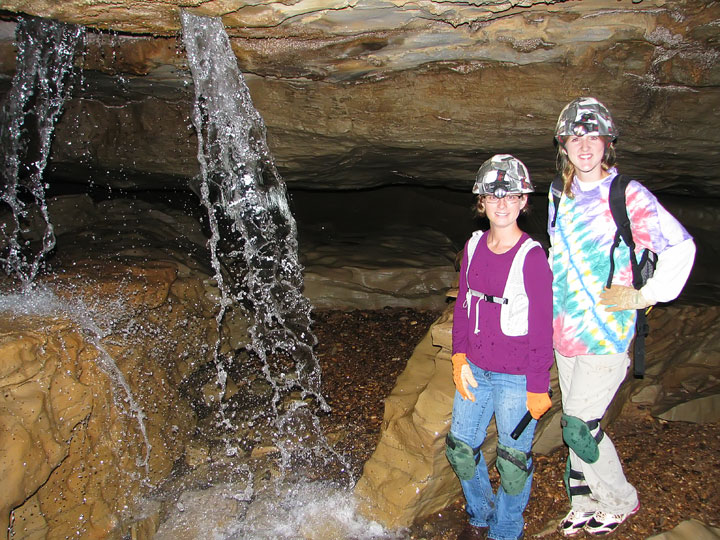 Loved this waterfall! Such a neat experience exploring this whole new world with rivers, streams, waterfalls, rocks, and even it’s own wildlife totally hidden, totally unsuspecting, right underneath our feet. 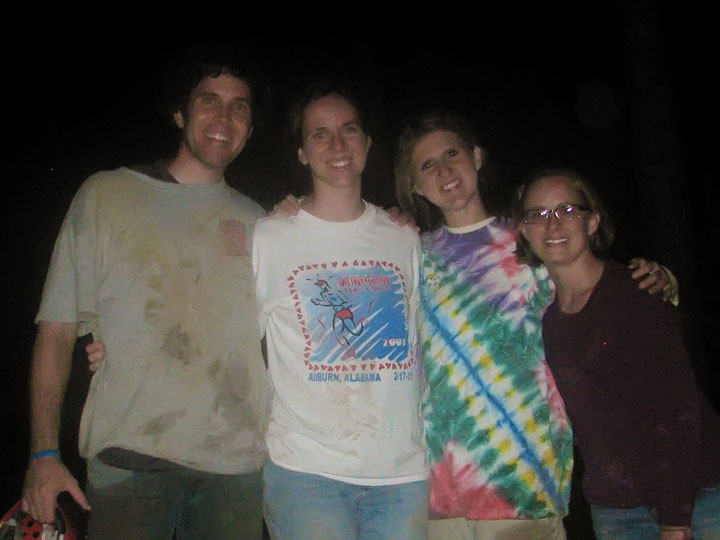 It was dark when we made it out of the cave, and we didn’t even realize we were out until we were several steps into the woods. Definitely a surreal feeling.

Oh. And can I also say? Caving’s a lot different after you’ve seen The Descent.